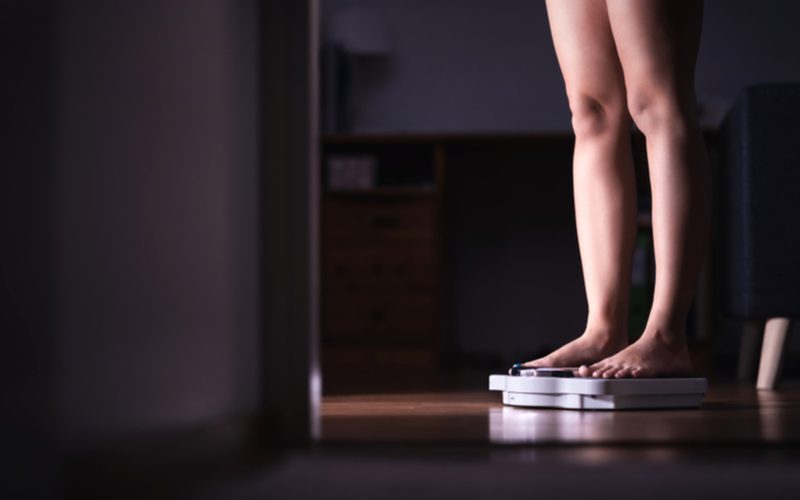 Jennifer Webb, 35, told Grimsby Live, is now a proud mum to George, along with her husband, Dominic.

The self-confessed yo-yo dieter said she was told she must lose weight before she could start IVF treatment but was delighted to discover that just before her first appointment she was pregnant.

She gave birth to George on Christmas Eve 2020 and said they could not be happier.

Jennifer, who is on maternity leave as a civil servant, said she found out she wasn’t ovulating after months of trying to fall pregnant.

She said: “When I went to the fertility clinic and the consultant told me my BMI was 38.5 and was classed as obese, and I needed to get it down to 30 to start treatment, I was horrified.

“Looking back, I’d always been a bit bigger than the other girls growing up, but had been in a group of friends where some were skinnier and others weren’t, so I didn’t stand out.”

At the time, Jennifer weighed just over 17 stones

Jennifer and Dominic married in 2019 but had started trying for a baby the year before.

When nothing happened, they went to their GP and were offered fertility tests. The results revealed she had an issue that needed more investigation.

After being told to lose weight to have her dream come true, Jennifer began the Cambridge 1:1 diet.

And the results were amazing

She’d lost one and a half stone by the time her next appointment came around and her consultant was so impressed with her dedication, she was sent away with fertility drugs to help her ovulate.

Three weeks before her third appointment Jennifer had lost three stones and her periods had regulated.

Then one morning she realised her period was a few days late.

She said: “I was feeling a bit more tired and going to the toilet more than usual, so on May 5, 2020, we decided to take a pregnancy test.

“It was the longest three minutes of my life. When we saw it was positive we both burst into tears.”

The pregnancy went well, but at 35 weeks she was diagnosed with gestational diabetes and had to control it with diet.

At 39 weeks, she went into hospital – just a few days before Christmas – and baby George was their greatest Christmas gift.

She said: “Having George was the greatest gift for losing weight. I came off the diet when I was pregnant but now it is about making those permanent lifestyle changes.”

BMI and IVF, why does it matter?