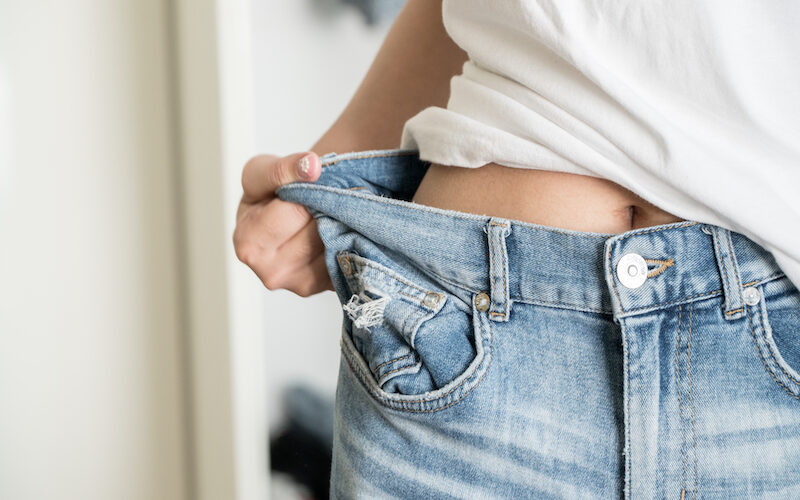 Marie Cheetham and her partner, Paul were told that it would be difficult to conceive due to her having polycystic ovaries and being overweight made it impossible for her to qualify for NHS-funded IVF.

Marie, 32, was told her BMI was too high and she must lose weight. This devastating news prompted her to change her lifestyle and she subsequently lost over 6kgs.

She told the BBC: “In Derby, the NHS-funded treatment covers just one cycle, and we’d already started the process when doctors said we couldn’t proceed due to my weight.

“They gave me a three-month deadline to lower my BMI to below 30. To be honest it was the most stressful part of the process.

“When I went back to the clinic in the July, I’d reached my goal – my BMI was 29 and I was allowed to continue with the treatment.”

Soon after her treatment, Marie had a positive pregnancy test – a result she did not expect.

She said: “I was so shocked at the positive line that I bought more.

“I don’t think we even believed it was real until we saw the scan at seven weeks.”

Asked what message she would give to others on a similar path, she said: “If you’re having a bad day, keep on going – don’t give up.”

Were you told to lose weight before you could proceed with IVF? We’d love to hear your thoughts, email mystory@ivfbabble.com.

Woman told to lose weight to qualify for IVF