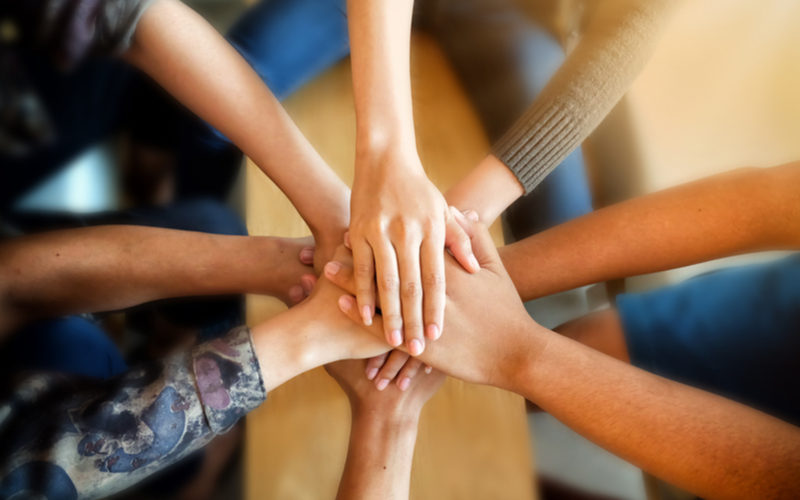 Cara McCall hopes to start the conversation with fellow sufferers in the region as a volunteer support group leader for the charity Endometriosis UK.

In an interview with Falkirk Live, Cara said: “Having a group in Falkirk gives sufferers and people with suspected endometriosis a place to talk, where people know what you are going through.

“It gives group members a support system that they may not have had before and a chance to be open without any subject being deemed too much information.

“Normally talking about menstrual health is deemed as a taboo subject, so having a safe space for people to talk is vital to help throughout their journey endometriosis.

“Being able to open up about their experiences, getting advice from people who have had similar treatment, these can make such a difference in how someone copes with endometriosis.”

Cara contacted Endometriosis UK after being diagnosed and put the idea forward about setting up a support group in Falkirk.

She said the charity had been incredibly supportive from the outset.

Endometriosis is a condition where tissue similar to the lining of the womb (endometrium) is found elsewhere, usually in the pelvis around the womb, on the ovaries, tubes, ligaments holding the pelvic organs in place as well as occasionally the bowel or bladder

It can affect up to one in ten women and can vary massively in severity. It is more common in women with a family history in their mother or sister. When this tissue is found within the muscle of the womb it’s called adenomyosis.

During the menstrual cycle, in response to oestrogen being produced by the ovaries, the endometrium in the womb thickens and then after ovulation, the ovaries produce progesterone to prepare the thick lining for a potential embryo to implant. If pregnancy doesn’t occur, progesterone levels drop and this is what induces a period. This process is a completely normal one for the uterus but the same process in response to these hormones occurs in the “endometrium” like tissue in women with endometriosis in the pelvis, ovaries and causes pain, potential scarring, and formation of cysts in the ovary.