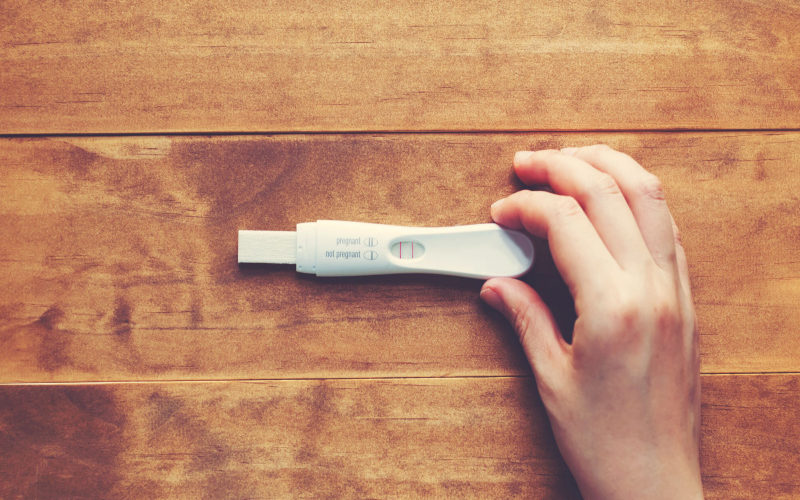 Lauren McGregor’s husband, Chris, died from a brain tumour in July 2020, after falling ill in 2013. The couple made the decision to freeze his sperm in 2017 and make embryos to be used in the future.

The 33-year-old party planner said in an interview earlier this month with the Daily Mail: “I regretted not having a baby with Chris when he was still here.

“With his health, it just took a back seat; it felt like there was always something stopping us.

“But people always say there is never a good time to have a baby.

“I am really looking forward to being a mum, although I am sad that the baby will never meet Chris.”

Chris began to feel ill in 2013 after getting a series of head colds and experiencing hot flushes.

Things got worse when he did not call Lauren back after they lost the phone signal while chatting due to forgetting her name.

He went to a doctor who sent him to A&E.

He was admitted to the hospital after something appeared on his brain scan and had surgery in March 2014.

Lauren explained how 95 percent of the tumour was removed and he recovered well.

But the tumour kept returning and then they found a second tumour on the other side of the brain.

In 2020 his first tumour was contained and his second tumour disappeared, but due to COVID his chemotherapy was stopped as his consultant did not want compromise his immunity.

In May 2020 he began to describe similar symptoms and a scan showed the tumour had grown immeasurably. He sadly passed away in the July.

Lauren, who works as a party planner, revealed the birth of their son Seb Christopher McGregor on her Instagram account, Lifeafterdeath_withIVF.

She said in a post: “My official due date was 20/5/22 but I had been advised due to his size I was unlikely to carry to the end and a section was booked as a backup.

“My section was booked in for the 18/5/22 but the powers that be aka Chris wanted him here a day early – early hours of the 17th my contractions started on their own.

“I went in for monitoring as a section was listed on my notes and they monitored the baby’s heartbeat.

The theatre staff was just amazing. They let me keep Chris’s ashes around my neck and have photos of him around. The nurse asked would I like her to take pictures. I didn’t expect the ones she took. Forever be able to witness his entrance. I welcomed a screaming Seb into the world at 7.18 am. I had a really pleasant section experience and had a great recovery.”

Lauren said all their friends knew the couple wanted children together and so her being pregnant is not a shock to them. Everyone has been hugely supportive.

She has four more embryos that she hopes could bring her a sibling for the baby.

Widow gives birth to child a year after husband’s death