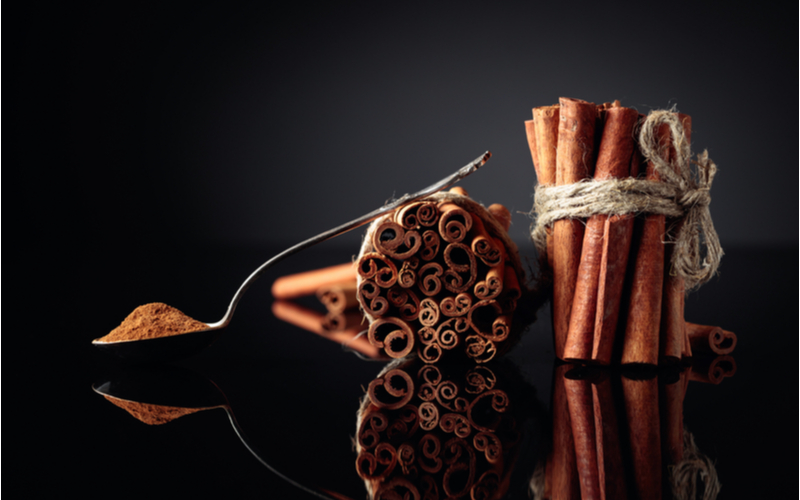 Cinnamon spice and all things nice!

Cinnamon is a warm, sweet spice which comes from the bark of a tree (Laurel family). The two main types are Ceylon cinnamon and cassia cinnamon. The bark is removed, dried and rolled up to make a tube. Cinnamon is sold dry as sticks and ground as a powder.  It is one of the oldest spices known to us and offers many health and nutritional benefits. Cinnamon is also used to awaken many of our Christmas dishes and provides a sense of warmth during the winter months.

From a culinary perspective, cinnamon is prized for its strong smell and taste. It is commonly mixed with chocolate, tea, desserts, candies, and coffee. In the Middle East, cinnamon is used both for sweet and savory dishes. It is a common condiment for lamb, chicken, and some vegetables.

For centuries, Cinnamon has been used as an antiseptic, helping to fight off infections, and has traditionally been used to help in the recovery from colds, sore throats, headaches, fevers and flu. It is rich in antioxidants which provide an anti-inflammatory effect and is digestive aid as it is linked to help normalise levels of glucose and certain fats in the blood (triglycerides), reducing the risk of diabetes and heart disease.

What are the health benefits of cinnamon?

Mild anti-inflammatory properties- able to lower the release of arachidonic acid from cell membranes and as a result helps reduce inflammation.

Digestive aid – helps to relieve bloating and the discomfort of heartburn

Boosts memory and cognitive function- just by the smell!

How does cinnamon work in the body?

Cinnamon seems to work by increasing the phosphorylation of insulin receptors which leads to improved insulin function and sensitivity. It may also reduce insulin levels by slowing the movement of food from the stomach into the small intestine which also slows the breakdown of carbohydrates. Cinnamon has also been shown to affect adiponectin secretion from fat cells.

Preliminary research suggests that Cinnamon may also help jump-start irregular menstrual cycles in women affected by Poly Cystic Ovary Syndrome (PCOS). Polycystic ovary syndrome, which involves many of the body’s systems, is thought to be heavily linked to an insensitivity of insulin. It is not yet clear exactly why cinnamon may work to regulate menstrual cycles in those with polycystic ovary syndrome, but it may improve the body’s ability to process glucose and insulin. In research involving diabetic patients it has been shown to reduce insulin resistance in people with diabetes. A small study conducted by researchers from Columbia University Medical Centre in New York City found that women with polycystic ovary syndrome who took low-cost daily 1,500-milligram cinnamon supplements had about twice the menstrual cycles over a six-month period compared to women with PCOS who were given a placebo. Further research is required.

The safety of consuming cinnamon depends on how you are consuming it. Consuming it as food or as a food ingredient is considered safe while trying to conceive, however, since it may lower glucose and insulin levels, you should discuss the use of cinnamon with your G.P. Careful monitoring of blood sugar levels is important to prevent hypoglycemia, which a lot of women with PCOS tend to experience as a result of elevated insulin levels. While side effects are very minimal, there is no need to exceed more than 1-2 teaspoons in food per day.

Cinnamon sticks will retain their aroma and flavour for a year, whilst ground cinnamon for six months. Enjoy as Cinnamon toast, in smoothies and juices, with porridge, in desserts, in drinks such as mulled wine or hot chocolate, in curries, with milk and honey. It is also very nice in relishes, pickles, stews and stuffing. Cinnamon also pairs up well with oranges, pears and apples.

Roussell et al.,(2009). Antioxidant effects of a cinnamon extract in people with impaired fasting glucose that are overweight or obese. )28(1):16-21.

Heydarpour F,Effects of cinnamon on controlling metabolic parameters of polycystic ovary syndrome: A systematic review and meta-analysis. J Ethnopharmacol. 2020 May 23;254:112741. 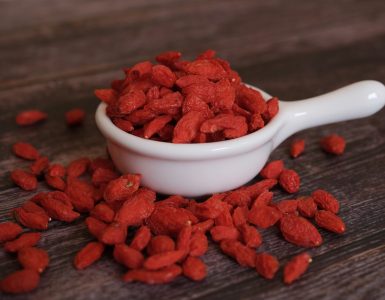 By Sue Bedford (MSc Nut Th) Goji berries (Wolfberries) have been used in traditional Chinese medicine for over 2,000 years They grow on an evergreen shrub found in temperate and subtropical regions in China, Mongolia... 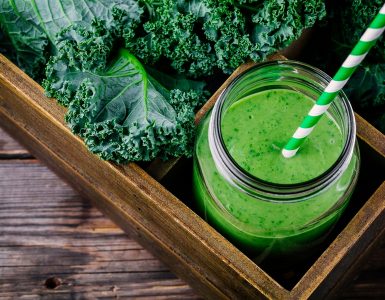 As someone who ate reasonably well before trying to get pregnant, I certainly wasn’t a perfect example of a ‘healthy eater’, says Tracey Bambrough, co-founder of IVF babble. I broke the rules a lot – I loved chocolate...