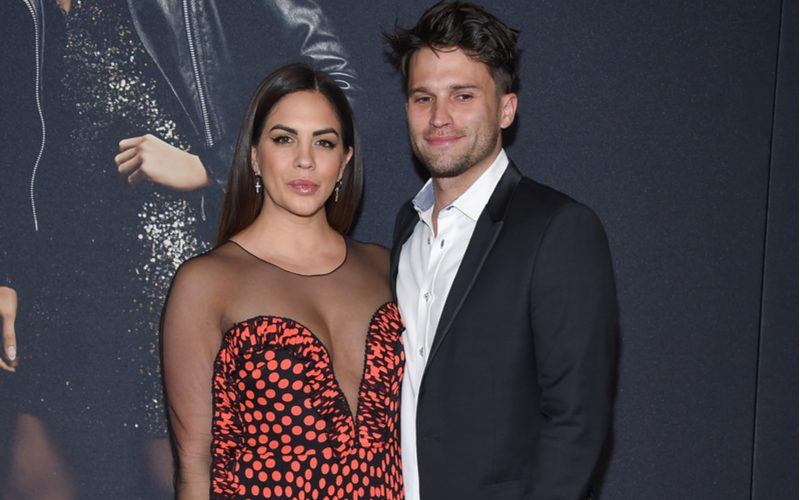 In the season nine episode four premiere Katie and Tom are seen looking at instructions for Tom to take a sample to the California Fertility Partners.

Katie said in her confessional: “Tom and I tried really hard to have a baby last summer. You try month after month and it’s a letdown, so we want to go to a fertility doctor just to make sure we are both healthy.

“We are hopeful that we are fertile Myrtle.”

But instead of going together, Tom asked his best friend Tom Sandoval to help him transport his swimmers as he was worried he wouldn’t be able to get himself to the appointment on time.

Katie said: “Having a family is something that we always planned for but it is really annoying that Sandoval is present 100 percent present, 100 percent of the time.”

Katie said everyone had been very encouraging and supportive but the couple felt frustrated.

In a discussion with Lisa Vanderpump, Katie said they had not been successful when trying and she started to think there was something wrong.

She said she felt too old and it became more difficult.

She said: “After the fifth or sixth time of it not working, I decided I needed a break from it. It is a lot of pressure. It becomes a chore and that’s not how I want it to happen.”

Lisa told her it will happen for them.

Lisa said in her confessional: “Talking to Katie breaks my heart. To see Scheana, Stassi, Britney, and Lala all having babies all at the same time, she must be feeling left out. I think that has been very difficult for her.”

IVF babble will be following the couple’s journey on the hit US show this year.

Are you charting your fertility journey on social media? We’d love to hear your story, email mystory@ivfbabble.com.