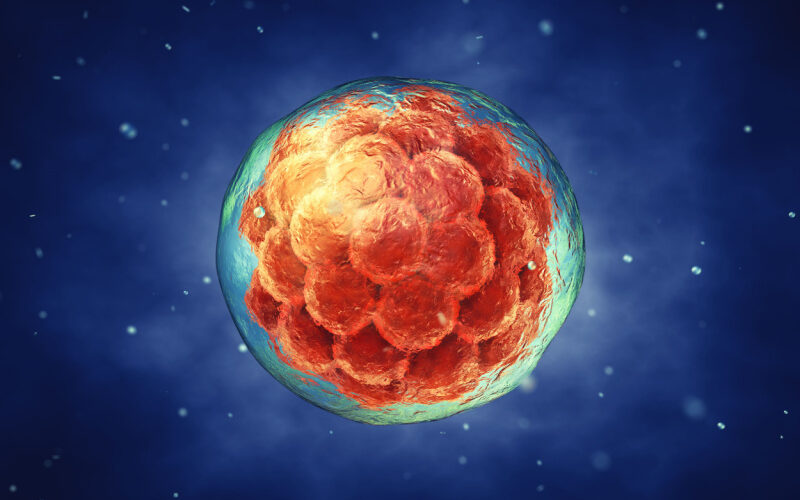 Word of the day: Ionophore

Definition: A compound which can carry specific ions through membranes of cells or organelles.

Relevance to the TTC community? It relates to the role of calcium in the cell divisions of a developing embryo.

And this matters because…?

Are there other reasons for embryo arrest?

Yes, in many cases the cause of embryo arrest will be due to chromosomal abnormalities or DNA damage within the embryo. If these are the causes of embryo arrest the use of Calcium Ionophore solution will have no effect on blastocyst formation rates.

What evidence is there that Calcium Ionophore can help prevent embryo arrest/poor blastocyst formation rates?

Historically the Calcium Ionophore solution was developed for use in treatment for those patients who have suffered complete failed or low fertilisation rates following ICSI rather than embryo arrest. There are a limited number of studies that have been published looking into the effect of Calcium Ionophore on embryo development. Of those that have, some studies have found an increased rate of blastocyst formation as well as increased implantation and live birth rates (Ebner et al, 2015; Mingrong et al, 2016). However, others have shown no difference in embryo utilisation rates (Mateizel et al, 2022).

The Human Fertilisation and Embryology Authority (HFEA) treatment add-on traffic light system rates Calcium Ionophore use following failed or low fertilisation rates as amber. Due to the limited number of publications looking at its use for embryo arrest/development there is no rating given. For this purpose, Calcium Ionophore use should therefore be considered as experimental, it may have no effect on the outcome of the treatment.

How Is the Calcium Ionophore used?

Following the ICSI procedure, injected eggs are exposed to a small amount of Calcium Ionophore solution and incubated for a short time. The eggs are then washed several times through standard culture medium and then placed back into the incubator as normal.

Is Calcium Ionophore use for embryo arrest suitable for all patients undertaking ICSI?

No. All other causes of embryo arrest should be discussed or investigated before Calcium Ionophore treatment is considered. Where this has be done, we recommend that Calcium Ionophore only be used for patients who have had at least two rounds of treatment with a minimum number of 4 embryos in each cycle where the following has occurred:

Within the laboratory the same protocol is used when exposing the eggs to Calcium Ionophore for the purpose of increasing poor fertilisation rates as for embryo arrest. Currently the limited number of studies that have followed up on the health of the children born following Calcium Ionophore exposure comes from papers researching Calcium Ionophore use for poor fertilisation. These publications are reassuring, and no long-term consequences have been identified. No statistical difference in birth defect rates, type of birth defect, birth weights, gestational week at time of delivery or foetal gender have been observed (Deemeh et al, 2015; Miller et al, 2016; Long et al, 2020). 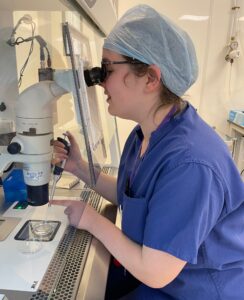