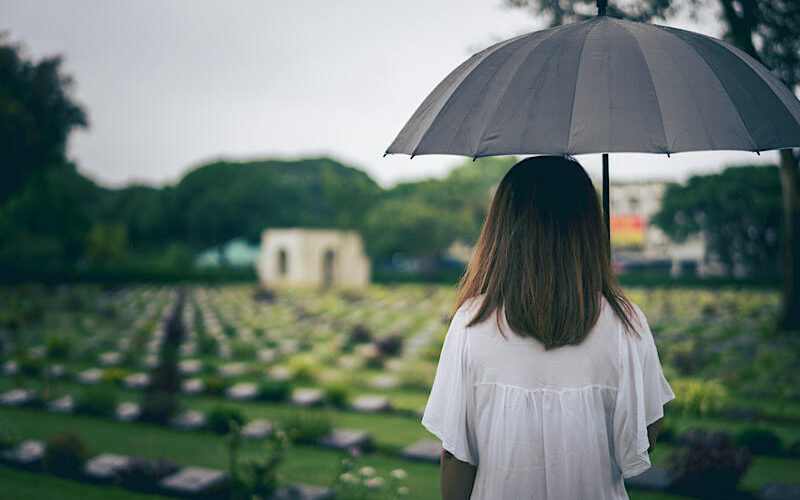 Fabi Powell, 33, met her future husband Josh Powell in 2014 on a trip to a football game in Nashville.

The couple soon fell in love and began to plan their future when they got the devastating news of Josh having synovial sarcoma.

The pair got engaged in 2016 and married in November. Sadly, Josh passed away just a few weeks after the wedding.

Fabi told People magazine: “When Josh was first diagnosed, he decided to freeze his sperm. He said to me, ‘How amazing would it be to have a little piece of me live on forever. You would be the most incredible mom.”

But it wasn’t an easy decision for Fabi to make. She took four years to plan her options and make sure she was ready for all it meant.

She said: “It wasn’t like immediately after he passed away and I’m like, Let’s do this because I want a piece of him back.’ I wanted to make the right decision and make it for the right reasons, so I gave myself five years.”

But there was also a hurdle Fabi had to get over and that was trying to eradicate the BRACA2, so she opted for genetic embryo testing.

She said: “My case is very complicated because we know that Josh and his mum both carried the BRACA2 mutation. Because I have the ability to eradicate that from our family and the devastation that we all went through because of this cancer mutation, I have chosen to genetically test our embryos and try to avoid that mutation.

“It’s a 50/50 chance, it’s a crapshoot whether or not our healthy embryos are going to be BRACA positive or negative.”

After the second round of her IVF failed, Fabi decided to take a step back and this was impounded by a fifth egg retrieval that resulted in no embryos.

Fabi is now having further investigative tests to discover how receptive her uterus is. She is due to start an Endometrial Receptive Array(ERA) and an Analysis of Infectious Chronic Endometritis(ALICE), both designed to analyse the receptiveness of the endometrium and womb.

She told her 111,000 Instagram followers: “Instead of jumping right into Transfer #3 with the one healthy embryo we have left from IVF round 4, we decided to do some further testing to give my precious little embryo the best chance at successful implantation.

“The tests will be completed with one endometrial biopsy that will take place on 11/18 at my clinic, @brownfertility, in Jacksonville, FL.

“I will of course take you on this journey with me and will hopefully gain the knowledge we need to have success this time around.”

We wish Fabi all the very best with her journey and will keep you updated on her journey.