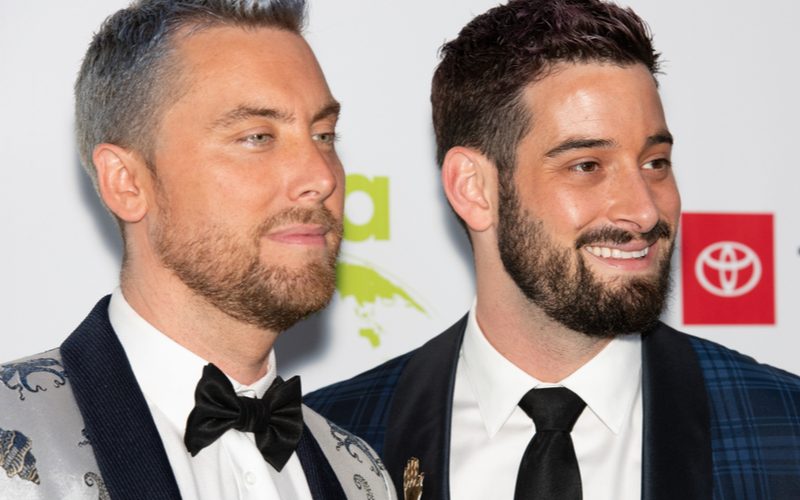 The US celebrity revealed the news with his husband Michael Turchin in an interview with People Magazine.

The couple’s road to parenthood has been long and arduous since they announced they were looking into surrogacy, with the pair suffering several failed IVF cycles and heartbreaking miscarriages along the way.

Lance, 42, said he was grateful that he was able to talk about their journey and how lucky they felt.

He said: “It’s great that we are able to talk about this because a lot of the time I believe that couples feel very alone in the situation.

“But to know that other people are going through the exact same thing is very comforting.”

He said: “That is quite rare. Some just wouldn’t produce enough eggs; some weren’t good genetic matches. If you’re going to be a match, you don’t want to even risk it.”

The couple revealed their surrogate miscarried twins last year which was devastating for all concerned.

They then had to start over with a new egg donor during the pandemic, something they found difficult.

When asked what it was like to find out they were pregnant again with twins, Lance said it was a tense time.

He said: “Because of what we’ve been through over the past four years, we were excited but very cautious.

“And it kind of sucks because when you find out you’re pregnant, you want to celebrate with your family. You start planning their future in your head already, but we were so scared because we didn’t want to go through the pain of losing them again.”

The couple, who got married in 2014, also revealed they used sperm from each of them to fertilise their embryos, transferring one of each.

The twins, a boy, and a girl are due in early November and the couple cannot wait.

Are you a gay couple hoping to have children via surrogacy? We’d love to hear your story, email us at mystory@ivfbabble.com.