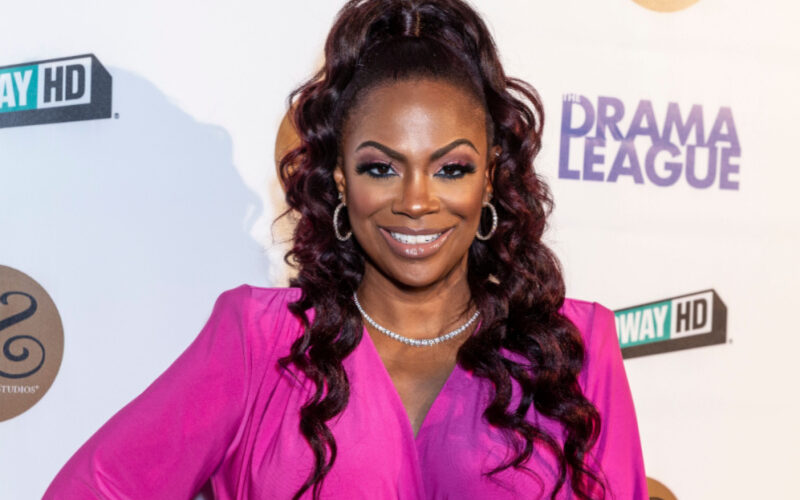 Real Housewives of Atlanta star Kandi Burruss has revealed her best friend, Shamea Morton, is to have a second child using the same surrogate she used to have her daughter, Blaze

Shamea Morton has long been a ‘friend’ of the housewives on the show and already has a daughter, Shya, with her husband, Gerald.

But in a recent Instagram post, Shamea confirmed that the couple, who married in July 2017, had been through seven rounds of failed IVF transfers and are expecting the baby in March 2023.

She announced the news on her V-103’s The Big Tigger Morning Show that her surrogate, Shadina Blunt, was carrying their child and how delighted she was to have her as a surrogate.

The pair has been introduced via Kandi’s OB-GYN Doctor Jackie Walters of Married to Medicine fame.

Kandi wrote on Instagram recently that she was so excited to hear the news.

She said: “My girl (Shamea) and I share a bond nobody can break. We got a lot to celebrate. Porsha just got married and Shamea is having a second baby via surrogate. Shadina is carrying Shamea’s bundle of joy and we’re all so excited. Blessings on blessings on blessings!”

We wish Shamea all the very best with the rest of the pregnancy and the birth of her second baby.

Do you live in the US? Did you have the gift of a surrogate to have a baby? We would like to hear from you. Email mystory@ivfbabble.com.