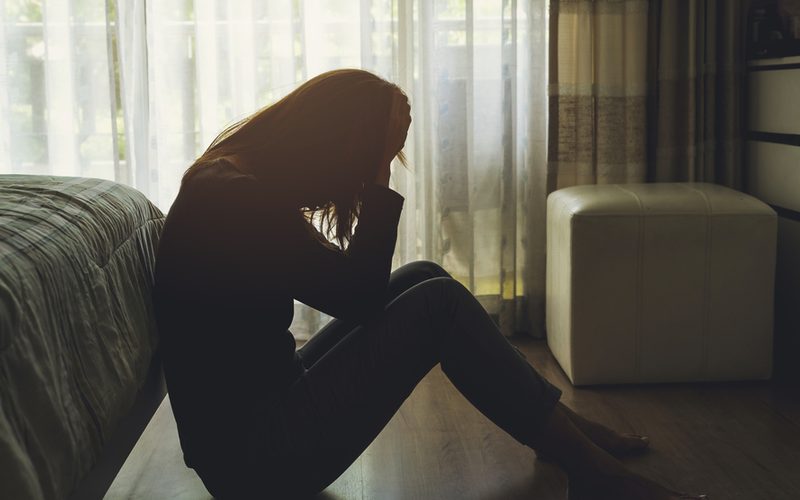 I needed a reason no matter what it was! I went for regular acupuncture sessions and really enjoyed them, it was somebody I could talk openly and confidentially with who listened and understood. By this point we had started to be a little more open with people that things weren’t working as I was sick of the questions and comments about when we would have another. All made in innocence but each one like a knife to the heart, it taught me never to ask anybody ever again.

After a few months, there were still no real results from acupuncture so we decided to contact another fertility clinic for their advice. This clinic again told us all was ‘fine’ and sometimes it just takes longer, again showed no real concern over my cycles. They said our only option was IVF and as we had a child already this would have to be self funded.

They explained given our age (I was now 33) and the fact there was ‘no problem’, that we had one child, that I had never miscarried then our chances of success were as good as they could be.

As far as I was concerned we were doing it and we would find the money. I am an only child and never wanted that for my daughter (lots of people are fine being only children but other than grandparents she had one auntie and my husband and I don’t have many friends so I was worried she had nobody if anything happened to us and would be lonely like me). Our parents offered to help fund it but we said no as this was our battle we would. Looking back I just wanted to control something and didn’t want people to feel sorry for me but I know it was just our parents way of offering support.

I continued with acupuncture as it was like counselling at the same time and I loved having somebody to talk to openly.

In September 2016 we started our first IVF journey

All was text book, follicles growing nicely, good size and I felt positive. This was it, I was eventually going to fall pregnant again. Nothing was ‘wrong’ with us we just needed a little nudge we were a perfect case for this working. I started to let myself believe it was going to work.

Egg collection day arrived and they collected 16 eggs, brilliant and 12 fertilised amazing,  I assumed with so many that we would even have some to freeze. We rang the clinic each day to check on our little embryos and each day the numbers got less and less – I was not expecting them to drop off so dramatically.

By day 3 we had 3 left. I was shocked at how the others hadn’t worked but 3 top quality was enough, I only needed one. So the clinic decided to go for blastocyst day 5 transfer. I continued acupuncture throughout, again my way of trying to help. We arrived for day 5 transfer and only 1 was remaining – 1 from 16 eggs, 12 fertilised! Surely that wasn’t a good result when apparently everything was fine! I just assumed we would have some for freezing. Anyway 1 which was a grade A so everybody was confident it would take. Embryo was transferred and I went straight for acupuncture.

After a week I had a feeling it hadn’t work. I wasn’t being negative I just had a feeling. At 10 days post transfer we were out for lunch and I went to the toilet and I saw blood. I had read implantation blood but this was like period blood. My heart sank. Surely it wasn’t over. How could it be, it was all perfect. How could I be bleeding when on Cyclogest pessaries.

As the day went on the bleed got heavier and I knew it had failed. I rang the clinic who said to keep using the pessaries until it was confirmed at the 14 day blood test. Talk about soul destroying, continuing with pessaries now having a full bleed. I was at rock bottom and couldn’t scoop myself up. My husband was great and kind of took over looking after our daughter as I couldn’t raise myself even for her and that killed me too.

I couldn’t understand – why? Why? Why?

We were good people, we looked after ourselves, why was this not happening for us. Then the wave of guilt, I already had a daughter I shouldn’t be feeling so sad. Looking back I don’t even remember much about that time now, I think I just got through my days like a zombie and never really dealt with what had happened. I just squashed it and tried to carry on as normal. I felt heartbroken. People around me felt sad but I felt nobody fully understood. I will never forget one person who had suffered miscarriages said to me what they had gone through was harder. To say I was lost for words was an understatement! I was offered counselling from the clinic but I didn’t want it. My mindset was no amount of talking was going to change things so what was the point. Looking back I wish I had taken it, I needed to grieve and deal with what had happened to help me move on.

I can’t even remember the time scale now looking back but we decided to go again, I wasn’t ready to admit this wasn’t going to happen again.

The clinic were happy to go again and agreed to do a scratch procedure this time. I felt positive about this as had read such good things so surely with this added in this time it was all going to work. Surely! I started my injections to stimulate follicle growth and went for my first scan to see how things were getting on. To this point my husband had been to every single appointment with me but as this was our second time and we just assumed all would be the same as last time he didn’t come.

My follicles weren’t growing like they hoped so they needed to up my dose. What!!! Why would this happen when all worked last time? The doctor wasn’t worried but it knocked me. I couldn’t understand it. I was doing acupuncture again but this time with somebody else, so why weren’t they growing. I then spend the days until egg collection churned about why things weren’t as strong as last time. I decided that after egg collection I didn’t want to know how many were collected, fertilised etc to try and take away some of the stress and anyway it didn’t matter we only needed 1, right! My husband found out and later told me they collected 6 and all 6 fertilised. How had they halved in amount?

I needed things to be black and white so I could get my head around things. Anyway I needed to go back for a day 3 transfer so straight away I new things weren’t as strong as last time. The same as what happened last time, I started to bleed again around a week after transfer.

After the first cycle failed I thought I hit rock bottom, little did I know the pain could hurt harder and the bottom could go so much lower.

That was it, I was never going to have another baby. All of that money on treatment and alternative treatments, time spend at appointments, hope all gone. Every time I heard of somebody being pregnant of course I was happy for them, I would never wish this on anybody but it always hurt me a little. I cried so much thinking of how I had failed my daughter.

To say I hated my body was an understatement. It let me down twice and wasn’t even doing what it was meant to do each month, I couldn’t bare it.

I still hadn’t fully accepted this wasn’t going to happen though. I didn’t believe it would after everything but I wanted it to. We still kept my maternity clothes and daughters’ baby things, I couldn’t bare to throw them out and admit our journey was over.

I still googled for answers but it became less and all I can say is I lived the next few years in total numbness to life, with a general flatness

Next week we will share with you the final part of Laura’s story. If you would like to share your own story, drop us a line at mystory@ivfbabble.com

If you missed part One of Laura’s story: