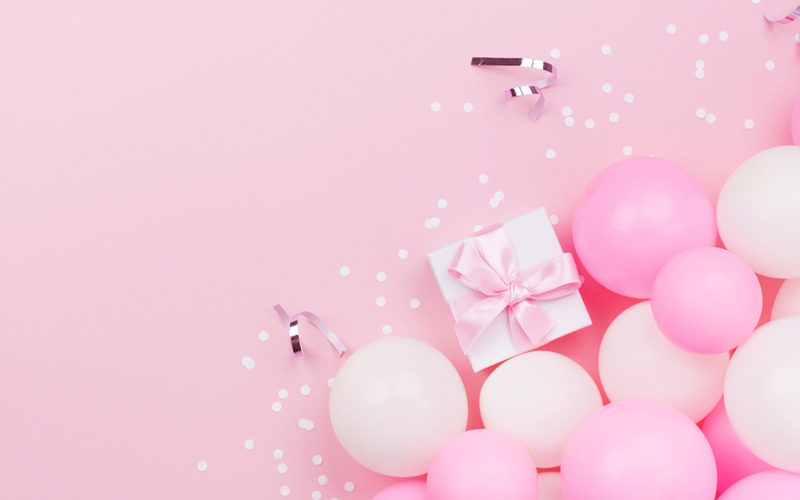 Having waited nine years for their IVF baby to arrive, Sky News editor Emily Deeker and husband, BBC Points West’s Will Glennon, are urging other couples with fertility issues to be patient and keep trying if they can

After welcoming baby Olivia into the world on 10 December 2021, Emily posted on Instagram Nothing worth having comes easy, together with a touching tribute to the team at BCRM, who worked so hard to enable her and Will to have a baby of their own: Thank you, Bristol Centre For Reproductive Medicine, from the bottom of our hearts.

Emily has confessed that while she and Will were going through their fertility treatment they kept quiet about it.

She said: “We didn’t know what the end of our story would be, but now that we’ve got Olivia we’re more than happy to talk about our experience, and what we want to say is if you can keep going, do.

“The thing about our story is the sheer timeframe involved in us having a baby.  For most people it’s nine months. For us it took nine years.

“I was 30 when Will and I got married in 2012 and we started fertility treatment soon afterwards. I was 39 when I finally became pregnant with Olivia and 40 when she was born.

“Will and I fell into the huge group of people who have ‘unexplained’ fertility issues. We had 11 rounds of IVF, and a lot of exploratory procedures in between.

“We had test after test.  We’d get to the point where we’d almost be hoping that the experts would find a problem because it might mean that we’d be ‘fixable’ and at times we felt like it was the route to madness.

“The thing is, if there’s no reason why you’re not getting pregnant, when do you draw the line and decide you’re ready to give up? We thought: we’ll know if it’s time to stop. But we never actually got there.

“It’s really hard, but we want to encourage other people to keep trying if they are in a position to do so because our own perseverance did pay off in the end.

“I do appreciate that we are among the lucky ones though: some people run out of hope or money or strength as a couple, and can only go so far, and not always with a positive result.

“I think the first round of IVF is the hardest when it doesn’t work. It’s just crushing. Painful physically and emotionally.

“Every failure – I hate that word – was like being on a weird merry-go-round. And then you need to have recovered and feel optimistic about your chances before you can start again.

“Before I became pregnant with Olivia, we had no success with any of the rounds of IVF we went through. They simply never took.

“I did a lot of reading around the subject because you don’t want to talk about it.

“To our astonishment I conceived naturally once – in between rounds of IVF – but I had a miscarriage at eight weeks. The team at BCRM were encouraged by this because it showed that my body could get pregnant. And we felt like we had to keep on rolling the dice – you just never know when you might get a six.

“Ironically, on the occasions when we consoled ourselves after yet another unsuccessful cycle by going on a last-minute holiday – difficult to arrange any other kind in the position we were in – some of the people we know probably thought lucky them.

“But they didn’t know the story behind it. Little did folk know how bruised and battered we were both feeling, but we pulled together and kept trying.

“Olivia was our next-to-last chance. We had 12 frozen embryos available to us, and she was number 11, so on paper she was not the strongest embryo.

“Will and I both had Covid in January 2021, just before we were due for an embryo transfer. It was in the period before jabs were available to us and we were both really ill. The virus knocked us for six, and we had to delay treatment until the end of March.

“And then, finally, there was the positive pregnancy test.

“I didn’t have a great pregnancy in some ways. Newly pregnant, and not having been able to have the Covid vaccine, I didn’t relax into it. And I didn’t sail through it either – I was sick several times a day.

“But on the other hand, Covid afforded us a very private pregnancy. I was working from home so it was easy to keep the pregnancy a secret, which suited us because we didn’t want to announce anything too soon.

“I had the jabs later, as advised, and when my 36 week scan showed Olivia to be quite a big baby, and given my age and our history, I was advised to have a caesarean. My stay in hospital was kept short though, because of Covid.

“It says a huge amount about the team at BCRM that we decided to stay with them throughout our entire IVF journey, all nine years of it.

“For some couples, if fertility treatment is not proving successful at one clinic they decide they’ll shake things up and try another clinic. We never felt like that. We trusted and believed in them. Their research is second-to-none – look at Valentine Akande’s work – and we had faith in their knowledge, their reputation and the amazing care they gave us throughout.

“To us, Valentine is peerless, and we owe him so much.

“Let’s be honest – you don’t want to be going to a fertility clinic in the first place but if you have to go to one you want to have faith in them, and we did have faith in ours.

“In the waiting area patients tend not to talk to each other because everything is very personal. You might exchange watery-eyed smiles, in acknowledgement that we’re all in this together, but no more.

“But it was genuinely freeing to walk into the nurse’s room and be honest with them. And have a good cry if I wanted to, while she held my hand. I know they were doing their job, but it always felt so much more personal and human than that.”

BCRM www.fertilitybristol.com is the longest established fertility clinic in Bristol, helping people from throughout the South West and Wales with fertility treatment for both private and NHS patients. The clinic is involved in innovative research and has one of the best success rates with IVF and other fertility treatments in the UK. 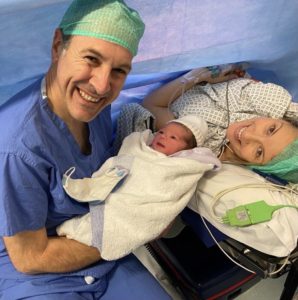 “What are the chances of IVF working the first time around?”