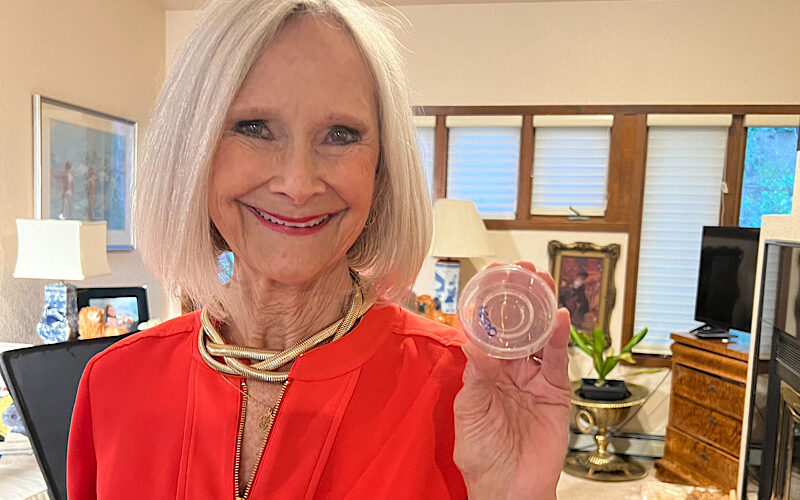 We often use the phrase “TTC Warrior” to describe the strong women and men who get up each day, put on a brave face and carry on with work, and family, and life, whilst battling with the pain of infertility and the strain of fertility treatment

As so many of you will know, the ongoing pressure of trying to conceive can lead to a real sense of solitude and fear too. Imagine then how lonely and difficult that battle would have been over 40 years ago, when infertility was never ever discussed, when there was no “TTC community” – when fertility treatment was “brand new” and in its experimental stage and people thought that assisted reproductive technology was like “playing with God”.

One person who has has experienced that complete fear and solitude is Ellen Weir Casey from Colorado, the mother of one of the world’s first babies conceived through IVF.  Ellen’s fertility journey started more than 40 years ago, and ended in 1983 in one of the earliest successful in vitro fertilizations. (In the picture above, Ellen is holding the petri dish in which her daughter was conceived!!)

Here, Ellen talks about the solitude she experienced, the negative attitudes towards IVF that she faced, and her need to share her story in her new book 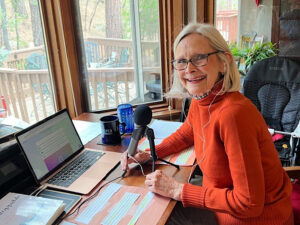 I believe women today should know the stories of the women who went before them, not so very long ago.

We were pioneering women who startled convention by questioning authority, who did our own research, made our own medical decisions, talked about difficult, taboo subjects like miscarriage or an inability to conceive, and paved the way for you, the brave, independent-thinking, goal-driven females whom we so respect and value today.

I was one of those pioneers. I am the mother of one of the world’s first babies conceived using the experimental technology of IVF

Unstoppable: Forging The Path To Motherhood In The Early Days of IVF is the story of what I endured in the earliest days of infertility treatment, both medically and emotionally, as well as the cultural, informational, and religious roadblocks I faced. I not only made medical history but worked to change public opinion about IVF.

Unstoppable is a powerful memoir that reads like a riveting novel as I chronicle my journey through the uncertain terrain of early ART experimentation and the acutely personal anguish of my infertility battle. Writing this book was both exhilarating and heartbreaking as I relived devastating losses and thrilling successes.

I am elated to know that young women today have options for treatment performed by experienced specialists to help them achieve their dream of becoming mothers. I also know how agonizingly hard this road is and it is my wish that my memoir will give each one hope that she, too, will have a happy ending.

Here is peek into my book:

“Wouldn’t you say you are playing God?” the talk show host hissed, leaning her heavily made-up face right into mine as if to challenge me.

“Playing God,” she repeated and turned with a conspiratorial nod toward the audience as if to have the crowd join her in this aggressive question.

I knew immediately that she was trying to ambush me with the massive religious and ethical controversy surrounding what were then called “test tube babies.” I also knew exactly what I could do to help the audience understand.

“Oh, no, I thank God for the gifted doctors and medical researchers who made it possible for my husband and me to finally have our own baby.”

“How can you possibly say that producing a child in a test tube isn’t playing God?” she continued.

“This is no different than a heart bypass,” I replied. “This is simply a bypass of the Fallopian tubes. My egg couldn’t reach the uterus, just as blood can’t flow through a blocked heart artery. I am on your program today so other couples know they have a chance to have their own baby.

It was like I was being cross-examined in a witness-box.

“Playing God,” she repeated. I felt my head shake in an involuntary “no” movement, not in answer to her shock-value question, but as a sign of disappointment.

There were so many deeply private questions I wish the host had asked—questions only I and the handful of other mothers of in vitro babies could have answered.

Onstage that day, I was prepared to share with other families what it had been like for me, one of the first mothers in the world to give birth to a baby conceived using in vitro, had the interviewer asked those relevant questions. Instead, she was disappointing me.

“You had five embryos,” she could have said. “What happened to the other four?” Only one of the five embryos transferred had implanted in my uterus wall. Doctors believed that fertilized eggs often do not implant in a woman’s cycle, for reasons still being studied.

If only the talk show host had just thoughtfully asked, “But you were the first in the state of Colorado, a pioneer; didn’t you feel completely alone?”

I would have said yes. My heart would forever remember that I had been alone in my grief, my guilt, and my single-minded determination. Though I had the support of my husband, family, and friends, it was just me being wheeled into the operating room every single time. I was alone when I had microsurgery, a medical technique no one I knew had ever heard of. Alone in Hartford Hospital, I was one of the first women to have laser surgery on Fallopian tubes. I went into the in vitro fertilization program in Houston completely alone, knowing of only two other women in the world who had been through the same procedure.

I had been totally on my own; but now, others didn’t have to be. For all of the women coming behind me, sitting in that audience, or watching from home—the unseen, bereft women I would never know personally, who desperately wanted a baby, who needed information on what nascent techniques were available and where they were being performed, women not sure where to go, whom to ask—I was here today for this TV interview to tell them.

Ellen’s book really is a fascinating and captivating read. As one of the original TTC Warriors, Ellen is an inspiration to us all and we are delighted to have connected with her. We are also delighted to say that we will be holding a love Q&A with Ellen on instagram very soon!