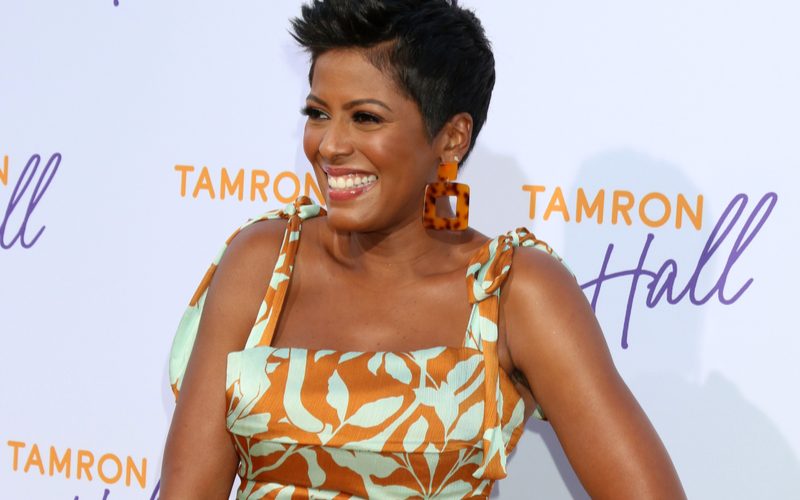 The 50-year-old, who welcomed her son Moses with her husband, Steve Greener, in April 2019  told the audience of her talk show that she wanted to be honest about her feelings about being in a fertility clinic.

The multi-award-winning journalist said: “I have to be honest with you, being in the IVF clinic for a while I did feel guilty about being able to afford it.

“I feel like the game was rigged and although I grew up very poor, that now I had an amount of money that puts the odds in my favour in some way.”

They spoke to Allure magazine where Tamron, who has worked in network television since 1992, spoke about how it affected her mental health.

She said: “We don’t talk about the mental health aspect of fertility treatment enough, the loneliness of it enough, because it’s easy enough to hide things and make it about the physical nature of it. But, for me, it’s a whole experience that can be shared. I’m fortunate enough to be able to access this process but the pain is real.”

Tamron was said to be considering surrogacy to have a second child when she discussed the possibility on her talk show.

She said: “I would love to have a second child and one of the things I am considering is surrogacy for very, very personal reasons that I’ll challenge you to think about one day but not today.”

Tamron is an advocate for domestic violence after her sister was murdered in 2004 and has fundraised more than $40,000 during a charity day on her previous role as co-host on the Today Show.

If you need any guidance about the cost of IVF, or ways to manage the cost, take a look through these articles:

How much is a round of IVF?

How do I get my IVF covered by insurance in the United States?