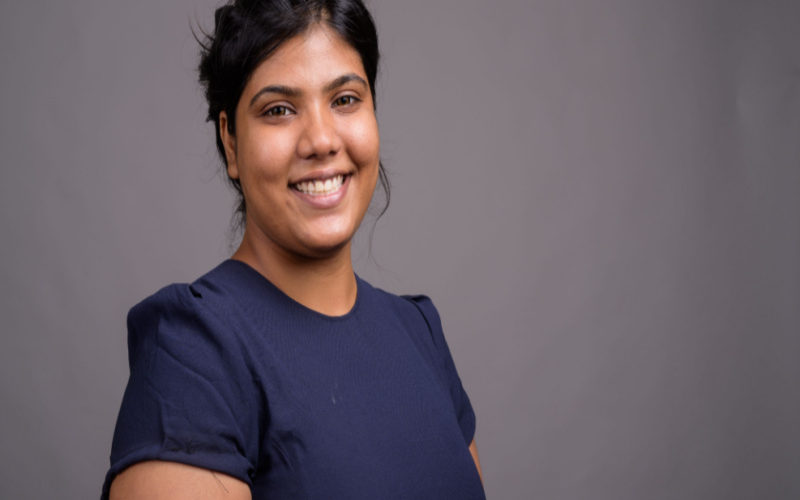 In some countries, sperm and egg donation is becoming much more commonplace than just a few years ago

With the advent of better procedures and technology along with the changing of the old school guard when it comes to how people conceive – especially for single women. But the number of women (and men) of Indian heritage seeking to use sperm or egg donors is extremely low.

This is in keeping with the low numbers of men and women from Asian and Black backgrounds seeking any fertility treatments at all, even as couples.

35 year old Vee is a business analyst based in London, and is of British-Gujarati descent

She’s told Vogue magazine that in her community, the only path to motherhood that was ever discussed was marriage.

But she’s about to undergo fertility treatment to create and store embryos using her own eggs and donor sperm. She’s chosen a sperm donor based on the characteristics that resemble her heritage – large brown eyes, dark wavy hair and light west Indian skin. But with so few Indian male donors, Vee has had to use sperm from a European bank.

Her parents immigrated to the UK in the 1970s and have supported their daughters’ decision to approach parenthood as a single woman. But Vee’s extended family probably won’t be as open minded.

“There were zero examples of IVF around me”, Vee told Vogue. “As Indian women, our success is marked differently by our culture. There is shame in independence. It is not celebrated as it might be among white women. If I was a guy I’d be one of the most eligible around, but girls are talked to about marriage from such a young age, the expectation is to graduate from university, get married and have kids. I chose my career. I had to get over, ‘What would people think of me?’”

“The voices of Indian girls like me are still so few. I make a point of talking to friends about this topic – one simply didn’t know how she’d ever approach it with her mum. I know Indian and Black women who are older and can’t conceive anymore and regret that it was primarily cultural reasons that stopped them exploring their options.”

Due to the low numbers of Indian people using fertility services, it’s perhaps little surprise that there can be a one to two year wait for Indian egg donors

There is no wait for white women seeking an egg donor with their own characteristics. The stats show that there were 50 times more white women donating their eggs than Indian women in the UK in 2018.

22 year old Serena, who is of Punjabi descent, has twice donated her eggs, as she also believes that there is a taboo with its roots in traditions and purity

“You start talking about how women are having sex, how they’re conceiving; it taints that purity.”

“Close family and friends thought what I was doing was wonderful. But older men in the family would have been uncomfortable. It’s about the social freedoms you’ve been exposed to. In traditional India, fertility, menstruation, that whole area of a woman’s body is taboo. English people are further ahead in talking about it. For my grandparents’ generation, women are pure and they are baby-makers. You can wait for the evolution towards ideologies of women’s social and sexual freedom to emigrate to these cultures. If you want it to move fast, we can raise our voices.”

“To women who are on the fence about donating or going through treatment but think it’s taboo – leave behind old-fashioned, misogynistic ideologies because that’s all they are. You’re no less of a woman because you need to go through a process to make your next generation.”

Vee adds, “No woman should miss out on what could be the most beautiful journey of her life because someone else considers it shameful. I have zero shame and anxiety now. My worth, my values, are not determined by a community that doesn’t know me; they’re determined by me.”

Indian single mothers do not have to disclose father’s name