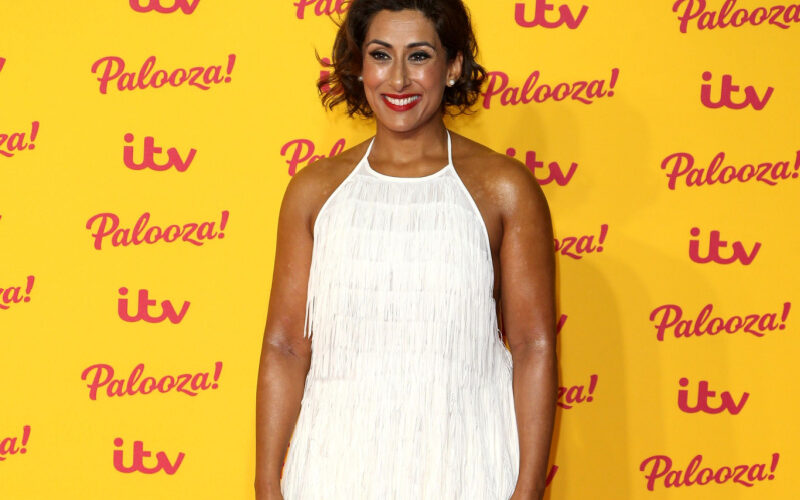 Saira spoke out in her newspaper column in the Mirror about IVF and how women who have struggled to conceive need to be more open about their journey.

She said: “I wanted to tell Jennifer how I know she feels because I was in the same boat.

“Infertility is still such a taboo subject, despite estimates by the NHS that it affects around one in seven couples in Britain.

“In my case, it made me feel like I’d failed, or was less of a woman.

“I’ve always been driven and proactive. And I don’t take no for an answer easily.”

Saira explains that like many young women, she felt she had it all planned out. She said she first wanted to have a good career to help her become financially secure, then meet the man of her dreams, marry him, and have children.

She met her husband, Steve in her early 30s and was married and began her quest for motherhood at the age of 34.

She said: “Steve and I tried for three years, not seriously, but with the attitude that it will happen when it happens. I was constantly reminded by friends and family about my biological clock. Having a baby became an obsession. I went to a private hospital for laparoscopy treatment and it turned out there was a problem.”

At 37, Saira was diagnosed with stage 4 endometriosis, and her chance of conceiving naturally stood at about five percent.

The couple went on to have IVF to conceive their son Zac in 2008 and after another failed IVF cycle, they adopted their daughter, Amara.

Saira said: “It was years before we told anyone we had undergone IVF.

“What a relief there was in finally sharing.

“I had built it up to be a huge thing in my mind and when I eventually spoke about it, so did others – and I realised I wasn’t alone after all.

“So thank you, Jen, for being honest about your IVF.”

Do you think Jennifer Aniston should have opened up about her fertility treatment years ago? Is it a big deal these days? We’d love to hear your views, email mystory@ivfbabble.com.