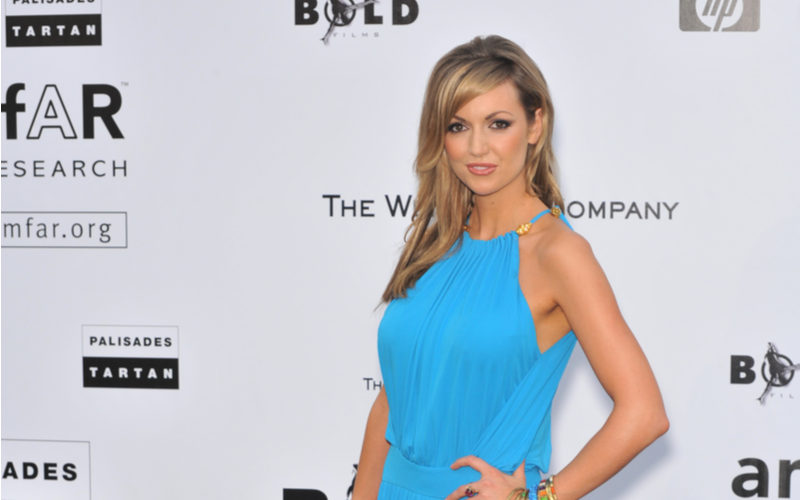 The former Irish Miss World said she is ‘sick with worry’ about her surrogate and her daughter after war broke out in the country.

She welcomed her first born, a daughter called Sophia in 2019, all thanks to the Ukrainian woman, who was currently trapped in the town of Kherson as Russian troops has surrounded the area.

Rosanna, 37, said her surrogate had running water but was running out of food.

She told the Independent: “All I can do is keep in touch with her, and she knows she has a safe place to come to if she can leave the country.

“We care about her hugely of course, if it wasn’t for her, we wouldn’t have Sophia. She’s an amazing person.”

Rosanna said she got to know Kyiv well when she went through surrogacy.

She said she would be using her social media platform to help spread the word of how people can help those experiencing hardship in Ukraine.

Rosanna and her husband, Wes Quirke, suffered 14 miscarriages before they began their surrogacy journey.

Medical professionals were unable to explain why she had so many lost pregnancies. One suggestion was that she had an overactive immune system which could have been the cause for her body rejecting the embryos.

Many families are trying to help the 400 surrogate mothers in the Ukraine to safety. The Irish Department for Justice relaxed its immigration law for Ukrainians after the country was invaded by Russian troops in February  2022.

Are you trying to help a surrogate mother and her family leave Ukraine? We’d love to hear your story, email us at mystory@ivfbabble.com.