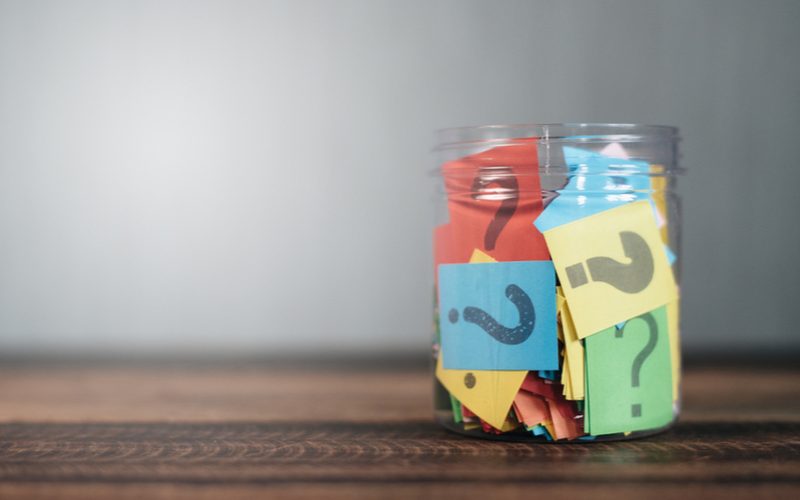 A few weeks ago we asked you to send in your questions, that we then put to our amazing Board of Experts.

We are delighted to say that the awesome George Christopoulos, Consultant Gynaecologist and accredited Sub-specialist in Reproductive Medicine and Surgery by the Royal College of Obstetricians and Gynaecologists has answered most of them! Dr Christopoulos is the Clinical Lead in Thames Valley Fertility Unit, which is part of The Fertility Partnership, and an Honorary Senior Lecturer at Imperial College London.

Mr Christopoulos has a significant research background. He has published extensively in the field of assisted conception and his research interests include uterine fibroids, polycystic ovarian syndrome and the prevention of ovarian hyper stimulation syndrome.

His MD at Imperial College London focused on the use of novel medication, which aimed to decrease complications and improve the safety profile of IVF cycles. This research project received widespread attention from the scientific community and the media both at national and international level. He has received multiple awards at international fertility meetings and has authored a book chapter on fertility preservation methods.

We were honoured to have Dr Christopoulos join us at our London lunch in January and would like to thank him for answering your questions.

If our eggs are not of good quality will it affect implantation?

The quality of oocytes greatly depends on the woman’s age as their population is not renewed through our lifetime. The concept of egg quality is not easy to measure. If we look at pregnancy rates in women having IV, however, there is an inverse relationship between the female age and the pregnancy rates. Similarly, the incidence of embryos with an abnormal number of chromosomes appears to increase significantly after about the age of 38 and certainly after 40, which is another indication that egg quality is affected by our age.

When do you stop taking supplements during your treatment?

Women take added vitamins such as CO-Q10, Vitamin E, Fish Oil, L-Arginine before IVF treatment. It is important to stress that the available evidence on their efficacy and impact in IVF pregnancy rates remain scarce. Consequently, the indication and duration of such treatment should be discussed in detail with the treating doctor or clinic.

What is embryo glue and how can it affect pregnancy rates?

Embryoglue is the commercial name of a special embryo culture medium, which contains a protein called hyaluronan. The embryo(s) is bathed in this solution prior to the embryo transfer. The rationale is that it may increase implantation rates and pregnancy chances because both the surface of the embryo and the surface of the lining of the womb contain receptors for it. The analysis of the studies performed so far indicate that it is associated with a small increase in pregnancy rates in women who have previously had failed IVF cycles. It is a safe intervention and it does not increase the risk of miscarriage. It is important to note that its beneficial effect has not been demonstrated in all the studies investigating its impact.
​​
Would like to know if there is anything I personally can do to reduce the chances of ovarian hyperstimulation. I just missed the chance of doing my transfer because I was on the cusp of severe ovarian hyper stimulation and I now have to wait a couple of cycles to do the FET. Could I have done something different to prevent this?

The risk of severe ovarian hyperstimulation syndrome has been reported as 1-2%. It is important to note that the use of certain treatment protocols such as the so called short protocol’ is associated with a significant reduction in the incidence of hyperstimulation.

Over the last five years a new egg maturation trigger has been introduced for patients on the short protocol, which has allowed us to decrease the risk of ovarian hyperstimulation to less than 1 in 300.

I’d like to ask if there is anything I can do differently to have a successful FET after miscarriage.

This would greatly depend on whether there is a history of previous recurrent miscarriages or not. If not then, clinics may offer you different protocols such as a natural or a medicated frozen embryo protocol. If you opt to have a natural FET protocol then you may benefit from the use of progesterone suppositories around the time of the embryo transfer and for the first few weeks in pregnancy based on new data recently presented at a national level. There is also accumulating data that an endometrial scratch procedure prior to commencing treatment is associated with a small but significant increase in clinical pregnancy rates.
​​
I’d really like to know about fibroids. I have fibroids in the lining of my uterus (I think they are called submucosal) and my fear is that I’ll never get pregnant as they will stop implantation. I’ve also heard that removing them negatively impacts fertility so I feel like I’m trapped in a corner. Thank you!

Fibroids constitute one of the commonest findings in women of reproductive age. They are quite variable in their number and location. The fibroids that distort the inside of the womb cavity and the lining of the womb (endometrium) are called submucosal. There is clear evidence that the presence of submucosal fibroids can negatively affect pregnancy rates after fertility treatment and also increase the risk of miscarriage. Unlike fibroids in other positions, submucosal fibroids are treated with a hysteroscopy and resection, which includes the insertion of a camera inside the womb from the vagina under a general anaesthetic. The procedure is regarded as safe, it is performed as a day case and it has been associated with improved pregnancy rates in this population.
​​​
When do you give up and switch to egg donation ? Is there a point?

The answer to this question is very individual. To be able to answer safely, the doctor would review your previous history and investigations. A previous history of poor response to IVF (with very few or no eggs collected), previous tests (such as blood AMH) indicating a very low ovarian reserve, the woman’s age and wishes will greatly influence this decision.
​​
​Is transferring frozen embryos from one clinic to another really risky?

No it is generally not. The clinics have established clear and validated procedures for the transfer of embryos in and out. The clinics work with specialist courier providers, who ensure a careful and clearly documented transfer of embryos to and from units. The witnessing procedures available will ensure that no embryos between different patients are ever put at risk of being mixed.

Do you request a hysteroscopy or are you offered it? I’ve had 5 miscarriages and am about to do a fet but a consultant said there was no point in me having it done (had scans and mris for other things).

In most cases with previous recurrent miscarriages and particularly before the transfer of any embryos, most units would advise a hysteroscopy to assess the uterine cavity and exclude the possibility of any scar tissue in the uterus from previous miscarriages as well as the risk of congenital anomalies in the shape of the womb, which could increase the risk of miscarriages in the future.

I’ll try to keep mine short! I’ve had 3 IUIs, 2 IVF, pregnant each time then miscarried around the same time (7-8 weeks) had all tests relevant and advised done, all came back clear except one showed I had sticky blood so was treated for this on last round of IVF but still had same outcome. Diagnosed with unexplained infertility and unexplained recurrent miscarriage. I’m hoping to have FET done in February but just want to check there are no other tests that I should have done. I’ve spoken with a Professor who said no point having a hysteroscopy as I’d had lots of scans over the years and MRI for a fibroid (very small not an issue it turns out) just need reassurance that there is nothing else I can do before we go ahead with the transfer as this will probably be the last for us.

Thank you for your question. Undoubtedly a difficult situation to be faced with. You have already seen one of the country’s top experts in the management of previous failed cycles and miscarriages. The use of adjuvant treatments such as prednisolone, aspirin or blood thinning injections is popular among doctors and clinics although the evidence behind their efficacy is not yet convincing.

​I am curious about weight/BMI and fertility… I have recently lost 54 pounds but still have a BMI of 36. We have 3 PGS tested embryos left. Is it best to wait to transfer until I’ve lost more weight??

This is a good question. We would advise all women to try and reduce their BMI to less than 30 if possible. A BMI less than 30 is associated with better pregnancy rates after embryo transfer, decreased miscarriage rates and most importantly fewer complications during pregnancy such as pregnancy-induced hypertension, gestational diabetes, large-for-dates babies, anaethetic complications and risk of instrumental delivery or caesarean section.

This is a common question asked by many women and couples.  To put it into perspective, IVF units usually report their pregnancy rates in different age groups such as <35, 36-38, 39-40 and over 40. In general, we would anticipate a pregnancy rate of 40-50% for patients less than 35, 30-40% for women 37-38, 20-30% at the age of 40, and less than 10% for women aged 42 or older. Having said that, it is essential to note that no two women and couples are the same. Consequently, it is important to seek expert help from an early stage so that the doctor can help you understand what your individual pregnancy rate might be. You may also wish to visit the HFEA website (hfea.gov.uk), which can help guide you with the individual pregnancy rates of different clinics for your selected type of treatment.

Your questions have been answered Mr George Christopoulos MD(Res) MRCOG PGDip DFSRH  and if you would like to get in touch, click here 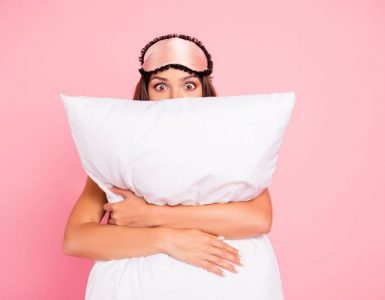 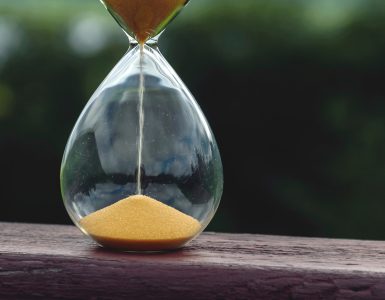 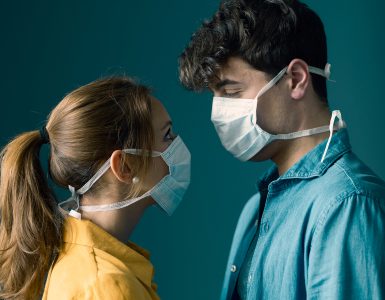