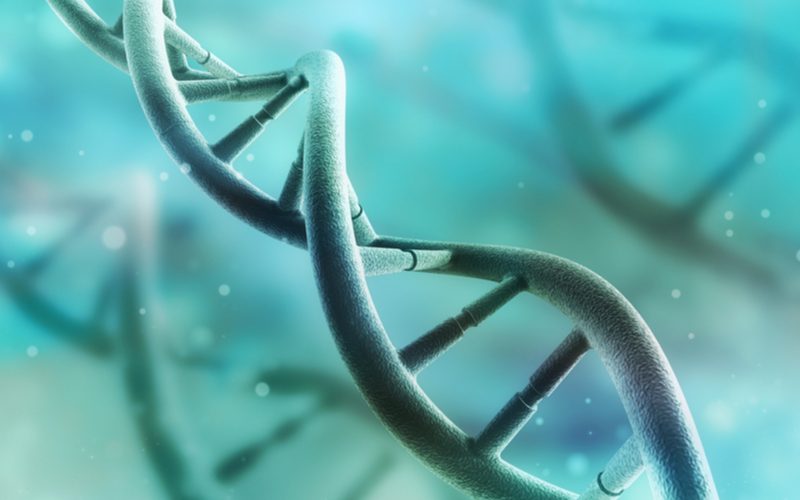 Please can we introduce you to an incredible woman Delainey Figueroa

Delainey recently learned that she’s a carrier of a rare form of MD called Kennedy’s Disease (an x-linked disease) which means that, if she has a boy, he will have a 50% chance of inheriting it. Because of advances in genetic testing, she plans to use IVF to freeze and test her embryos and then only implant with embryos that do not possess the ‘ bad x’.

She gave the following incredible speech below at a fund raiser she recently held to raise money for the disease association.

So let’s take a moment to paint a picture. Imagine a rambunctious brown haired little girl

She loves her grandfather wild with her little heart. He lets her stand on the electric wheelchair he sits in, lets her take the controls, driving them on bunny speed around the cul de sac. Wind blowing her little hair, he makes sure she’s holding on tight.. even though bunny speed is not very fast. But compared to turtle it seemed like they were speed racer.

The little brown haired girl thought it was so cool, so much fun. To live in that fancy electric wheelchair. Blind she was to him being unable to sit up on his own. Hold his head up, or write, or breathe without difficulty.

She knew he couldn’t walk or go to the bathroom on his own, but thought nothing of it. He had to be lifted onto a toilet, into the car, onto the bed. Turned in bed to keep him moving, prevent blood clots, because turning wasn’t something he could do himself either. But at such a young age, it was just their normal. As the girl got older, me, I learned more, saw more.

I realized how difficult my grandpa’s life was. How difficult it was for the people who took care of him. He suffered so much, more than I probably still realize.

Eventually, he could barely talk, eat, hear, breathe, move.. it was beyond difficult to witness his deterioration over the years. It was like see a new person those last few visit, the physical changes became so drastic.

My grandfather had Kennedy’s Disease

Kennedy’s Disease. A rare X linked recessive neuromuscular disease that is genetically inherited. How does the mutation cause androgen insensitivity and motor dysfunction?  It’s still uncertain. And for KD, there is no known cure or treatment. I won’t dive too deep into punnet squares, but because of that genetic inheritance, I knew my chance of being a carrier was the flip of a coin. Someday I’d need to know for sure which side of that coin held my fate. It’s strange I think, but I feel like I’ve always had an inkling. I felt a special bond to my grandpa. He called us partners in crime. And as I gained more knowledge about KD, I had a strange inkling our bond went beyond just that magical relationship with a grandparent.

Early this year, after a simple blood test, we learned my inkling was correct. Our bond ran as deep as our DNA. That coin toss landed, and it was not in my favor

I was devastated, really. 49 repeats. The blood test to diagnose the KD genetic mutation looks for a CAG repeat expansion in the Androgen Receptor gene. An unaffected individual has 10-35 repeats. A person with Kennedy’s Disease has more than 36 repeats. Seeing my results, that number 49 looking back at me, it felt like a lot. To be honest, I couldn’t stop pulling up those damn lab results. Multiple times a day, day after day. Like if I stared at them again, for any longer, something would change. Something would feel different about how everything had just changed. Even though I know it’s not the most amount of repeats possible, that 49 staring at me made me worry if that amount made a difference. And honestly, I’m still unsure. I’m by NO means a scientist, and the surface research I’ve done could probably be explained to me so I understand it all better. But, I’m try to learn.

I’ve seen studies finding correlations between the number of CAG repeats and onset/symptoms. Some studies say subsequent observations don’t support those findings. So I worry, because I have what seems to be a good amount of repeats, would my kids be predisposed to the same fate? If they ended up inheriting the mutation, could my amount of repeats influence the amount they have, and in turn affect the significance of their experience with KD.

When it became my reality, it was so jarring. How could I fathom all that had just changed. But it was really always there, wasn’t it. As a female carrier, the general belief is that I’m safe from developing the devastating symptoms that KD individuals face, but I’ve learned recently it’s not as uncommon for female carries to have mild symptoms. And unfortunately, for our children, their future is another toss of a coin. And our kids, they’re my #1 priority. I’ve seen a few articles saying studies are showing increasing evidence of onset before adulthood. Whether that’s valid or not, I’m unsure. But it’s enough for me to be more concerned.

So how can I protect my children when there is conflicting information?

It’s a little confusing, and difficult when there isn’t a ton of research and education like other well known diseases. With this disease, the motor neurons die. If onset can start in adolescence, our kids could live a life where their activities are strained by muscle weakness, leading into a life where they struggle to run around and play with their own children. Maybe they won’t be able to walk their kids down they aisle, or be an athlete or be hindered to do whatever it is they want to be or do, and I just can’t risk that for them.

Fortunately and unfortunately for us, our family planning has taken us the route of IVF

How could we not give our kids the healthiest future possible if we have the opportunity? I’m so grateful really. That it’s even an option. Unfortunately, not everyone in our position can choose this route for family planning. But even so for us, there’s not a 100% guarantee contraceptives won’t fail, an accident won’t happen, and a surprise pregnancy could possibly result in a baby with KD. It’s a concern I struggle with everyday. Baby announcement and gender reveal, one after another. I wanted that.

The surprise baby. I wanted to wake up one day, look at my husband and say, “let’s have a baby.” I wanted to feel weird, knowing something was different, and rush to the store for a pregnancy test. I wanted to plan an elaborate way to tell my husband about the surprise mini me in my belly. And even though I can still have that, I can’t.

I can’t risk that fate for our children

We chose that it’s not the safe path. So it feels like the universe has said I’m not allowed, and that special part of this journey has been taken away. It’s been a very difficult part to accept, while it seems everyone around us is having babies.

Sometimes it feels like the closer others get to parenthood being their reality, the further it is from being mine.. which I know doesn’t make sense, and isn’t true. And I don’t know their struggles, I don’t know their stories. So I have to just continue to stay strong in the knowledge that our babies will come to us in their time. They’ll be strong and healthy thanks to a bit of extra effort.

We will hopefully begin our IVF journey in the coming year, and we will continue to document along the way and allow space to advocate for KD and IVF

I know the road may be a bit bumpier, and very emotionally difficult, but we’re blessed with this opportunity to give our children this chance to be free from that fancy electric wheelchair, and the horrible deterioration that Kennedy’s Disease can bring.

Huge thanks to Delainey for sharing her speech with us and for raising awareness about Kennedy’s Disease.

If you have any questions about this disease, or would like more guidance on genetic testing, please do get in touch by emailing info@ivfbabble.com