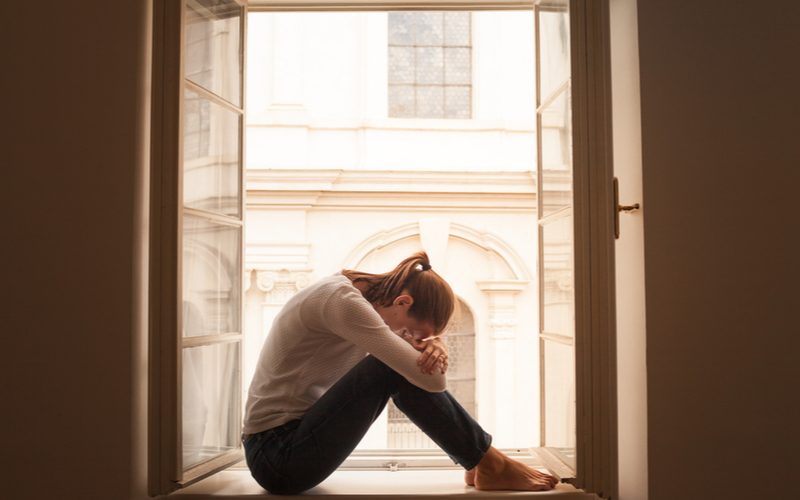 Mothers who experience anxiety during pregnancy do not pass on similar emotional problems to their children, according to a new study by King’s College London

The research, which has been published in the Journal of the American Academy of Child and Adolescent Psychiatry and carried out at the KCL’s Institute of Psychiatry, Psychology, and Neuroscience, has however suggested that exposure to an anxious parent after birth might have an impact.

Researchers have said they know that anxiety can run in families; children of anxious parents are at higher risk for developing similar problems themselves.

However, what is unclear is whether parents directly influence the development of emotional problems ‘environmentally’ as their child grows up (or vice versa), or whether anxious parents pass on a genetic predisposition for anxiety or both.

This research has to be good news for women who have become pregnant via fertility treatment or IVF.

Many suffer from high levels of anxiety due to the emotional journey to get to motherhood, the fear of miscarriage or things going wrong; a fact that is often disregarded once a woman has a positive test.

IVF babble has spoken to many women who experienced high levels of anxiety who felt isolated once they had reached the pregnancy testing day.

Researchers reviewed eight existing studies from Europe and the US published between 2010 and 2019 on the association between parental anxiety during pregnancy and emotional problems in their children, with a particular focus on studies that accounted for the role of genetics in how anxiety is passed on.

Data from three studies (which assessed children between the ages of 0.5 to 10 years old) showed that exposure to maternal anxiety during pregnancy was not associated with emotional problems in children.

Dr Yasmin Ahmadzadeh, lead author from King’s IoPPN said: “While we did find some evidence that postnatal exposure to parent anxiety may cause later emotional problems in children, it isn’t possible to tell whether this impact is significant and long-lasting.

“Once children are born, how they become anxious is far too complex for us to make broad assumptions. We would encourage clinicians to take a holistic view, which considers the influence of genetically inherited traits alongside the shared family environment.

“Our results also highlight a striking need for new research. Most of the evidence we looked at focused on mother-child relationships, whereas future research should consider the role of fathers, as well as siblings and extended family members.”

“It is important to understand the genetic and environmental contribution of these factors, in order to develop better ways of preventing or managing emotional problems in children.”

To find out more about the research at King’s College London, click here.