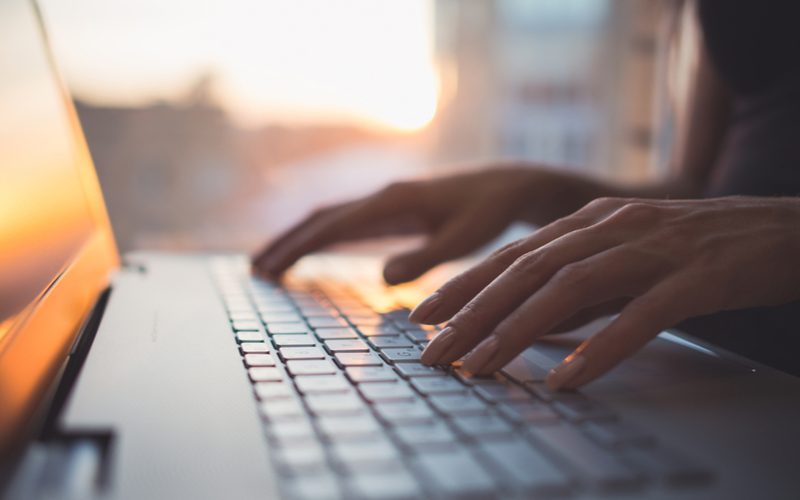 Add comment
6 min read
“Hi, here is my story. I have never put it down into words like this before and found it weird that all of this has happened to me, it kind of feels surreal looking back
“I have probably waffled on way too much and not really hit the main points. I wrote it in one go from the heart.
“I know things don’t work out for everybody but even if just one person can relate and know all those feeling and emotions are OK. The guilt I have felt for feeling like I did and putting myself and my family through it all when I already had a child. I felt I couldn’t talk openly as nobody would understand. But no matter your circumstances the feelings are very real. I genuinely feel so complete now, a feeling I didn’t think was possible for a very long time. I just want others to know they are strong enough and to always follow your gut”.
Laura Cook
x

I fell pregnant with my daughter after 4 months of trying, I felt lucky at the time but never fully appreciated quite how easy it all was. We decided we wanted a 3-4 year age gap so started trying again around February 2014. I started using ovulation test kits and after 6 months there was just no luck – some months I questioned whether I even ovulated at all, as the line was sometimes so faint and sometimes there wasn’t even a line. I just convinced myself the kits weren’t right and that everything must be OK as I fell pregnant so easily first time round.

After a few more months of nothing I became obsessed with googling why this wasn’t working. I self diagnosed myself with all sorts and decided to go to the doctors. The doctor was lovely but said I already had one child so everything would be fine and that “these things just take time”, he but agreed to do my day 21 ovulation bloods. I left feeling frustrated but at least my bloods were being checked so something was being done. However, my cycles weren’t 28 days, they varied month to month and when I did ovulate it was never on day 14, it was always way later. My blood results came back and they showed I hadn’t ovulated so the doctor decided we would test again next month.

I reverted back to google to analyse my cycles. When I was ovulating I was having a 9-10 day luteal phase and my reading had told me this wasn’t a good thing. In hindsight I was selective with what I searched for as it is very easy to only read what you want to read.

Such mixed emotions at this point – pleased something was actually going to be done but I couldn’t understand why this wasn’t happening for me when it was all so simple first time around. I became obsessed with it and felt I had a constant cloud over my head pulling me down. I was desperate to find reasons why this was happening to me.

Our appointment at the fertility clinic came and I felt I wasn’t taken very serious, as I had one child so there was obviously nothing was wrong.This was a statement that I had grown increasing frustrated about!

The doctor didn’t seem interested in my cycle length, quality, ovulation or luteal phase. The fact I had a bleed relatively regularly implied all was fine. But I felt I knew it wasn’t from all of my online reading.

Great I thought, at last they will see I don’t ovulate and if I do the quality isn’t great so will eventually do something to help me. The appointments were quite difficult to manage with getting time off work without people knowing. Fortunately I worked part time so managed to make appointments around work. At this point nobody knew apart from close family. I just took all the ‘when are you having another?’ comments like a bullet to my heart and quickly changed the subject.

The scans show I had ovulated but it was day 25 in my cycle and a 9 day luteal phase. The doctor didn’t see this as a problem as I had ovulated. I felt gutted as that meant they weren’t going to do anything for me. It was like I almost wanted there to be  problem as a problem can be fixed (I know this isn’t the case but when in that moment that was my thought processes, rightly or wrongly).

I couldn’t do this, I was getting older and the age gap was getting bigger and my frustration and anger was growing with each month that passed.

The pressure on our relationship was starting to build

I felt I wasn’t enjoying my daughter as much as I should be as I was just so focused on giving her a sibling. I felt moments of pure guilt when I already had one healthy beautiful child and there were people out there who had none. I felt I didn’t have the right to feel as I did or want it so much. I needed to do something, I couldn’t just go on as I was for another year so back to google I went and read about the benefits of acupuncture.

I then came across a lovely lady locally who specialised in fertility acupuncture, so immediately made an appointment

She was amazing and I felt for the first time somebody was actually listening to me and agreed with me that my cycle wasn’t ‘ideal’ wasn’t telling me statistics and telling me how infertile humans were unlike rats (really I had been compared to rats by two doctors!). She seemed confident that she could help regulate my cycles and improve ovulation and in turn wouldn’t need to get to the IVF stage.

She advised me to track my temperature to monitor ovulation. We found I have a very low body temperature and it never stayed raised after ovulation and only raised marginally. Now to this day I still don’t know how much all of this matters but at the time, it gave me reason why this wasn’t happening which is what I felt I needed.

I needed somebody to agree something wasn’t right and tell me why.

Part two of Laura’s journey will be published next week. In the meantime, we would love to hear from you. Can you relate to Laura’s story? Drop us a line at info@ivfbabble.com