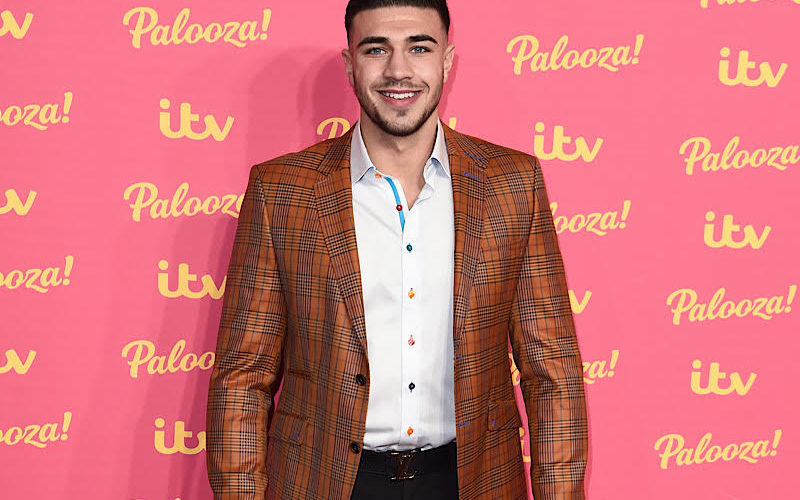 The 23-year-old PrettyLittleThing creative director took to her Instagram account to announce the news with a sweet video post, saying: “I can’t wait for the adventures that we haven’t even dreamed of yet.”

The star, who lives with the professional boxer, has long been open about her struggle with endometriosis since she was diagnosed in June 2021.

But that only came about after she shared with her fans that she suffered from excruciatingly painful periods and it was painful to have sex.

Her fans urged her to go to her doctor and it was after investigations, she was told she had an incurable condition.

Endometriosis is a condition where tissue similar to the lining of the womb (endometrium) is found elsewhere, usually in the pelvis around the womb, on the ovaries, tubes, ligaments holding the pelvic organs in place as well as occasionally the bowel or bladder.

It can affect up to one in ten women and can vary massively in severity. It is more common in women with a family history in their mother or sister. When this tissue is found within the womb’s muscle, it’s called adenomyosis.

During the menstrual cycle, in response to estrogen being produced by the ovaries, the endometrium in the womb thickens and then after ovulation, the ovaries produce progesterone to prepare the thick lining for a potential embryo to implant. If pregnancy doesn’t occur, progesterone levels drop and this is what induces a period.

This process is a completely normal one for the uterus but the same process in response to these hormones occurs in the “endometrium” like tissue in women with endometriosis in the pelvis, ovaries, etc and causes pain, potential scarring, and formation of cysts in the ovary.

Molly-Mae had surgery last year to try to help relieve some of her symptoms, but it did not appear to help her.

She said at the time: “In regards to the painful sex, that unfortunately never changed, it is something that is an ongoing issue.

“I couldn’t ask for a better boyfriend in regards to my endo journey. He has been so caring and so understanding.”

She also said that it was the couple’s wish to have children but she feared it might not happen due to the endometriosis.

Tommy is keen to have four children, but Molly said to just have one she would be ‘eternally grateful’.

Are you in your 20s and have been diagnosed with endometriosis? Have you been offered surgery? We’d love to hear your story, email mystory@ivfbabble.com.