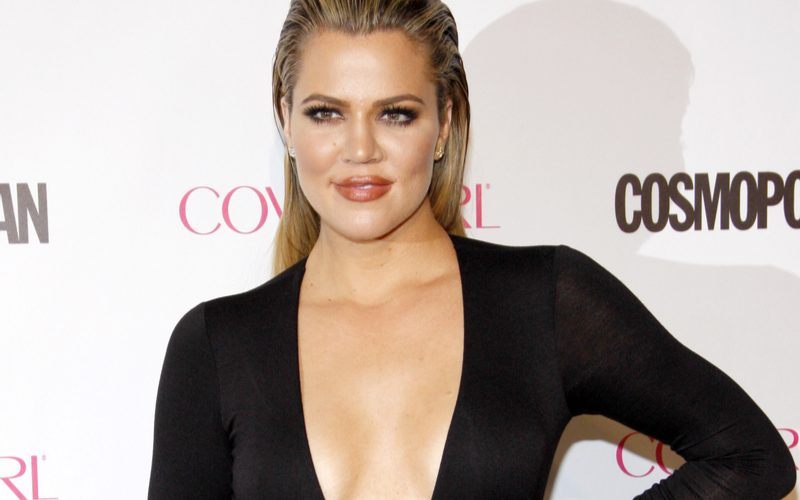 The 36-year-old was in conversation with her sister, Kim, in the newest series of the US reality television show about having a sibling for three-year-old True.

The Good American founder said: “I have to wait for the mixing process is done before I know how many embryos I have. But I spoke to Dr A and she was a little concerned about it, I did a check and blood panels and all the stuff, and she just said that I would be a high-risk carrier for pregnancy.”

She did not go into specific details but said there was an ’80 percent chance’ that she would miscarry should she fall pregnant.

As the episode continued, Khloe explained that she almost miscarried True at the beginning of the pregnancy but did not realise it was a lingering thing.

She said: “All I’m trying to do is bring more love into my family. And it just, I seem to be running into more and more roadblocks and it’s really hard for me to digest.”

But Kim was quick to reassure Khloe that surrogacy was a positive experience for her and nothing to be scared of.

Kim, who has four children with estranged husband, Kanye West, seven-year-old North, Saint, five, Chicago, three and 22-month-old Psalm, having the last two children with the support of a surrogate woman.

The 40-year-old said: “I had the best experience of surrogacy. And I think that you know what giving birth is like. I always say, if you can do it, then it is an amazing experience. But you’ll see the love that you have for your children is exactly the same.”

Khloe doesn’t seem to be convinced and called the prospect ‘scary’.

She said in her confessional: “I loved being pregnant with True. It’s such a beautiful experience to have. Knowing I might never get to feel like that again, it’s daunting, it’s scary, and it breaks my heart.”

Khloe has long had fertility issues, in the previous series of the hit reality television show she is seen having tests on her eggs and fertility.

The final season of Keeping Up With The Kardashians premiered in the US on March 18 and is due to be released in the UK later in 2021.