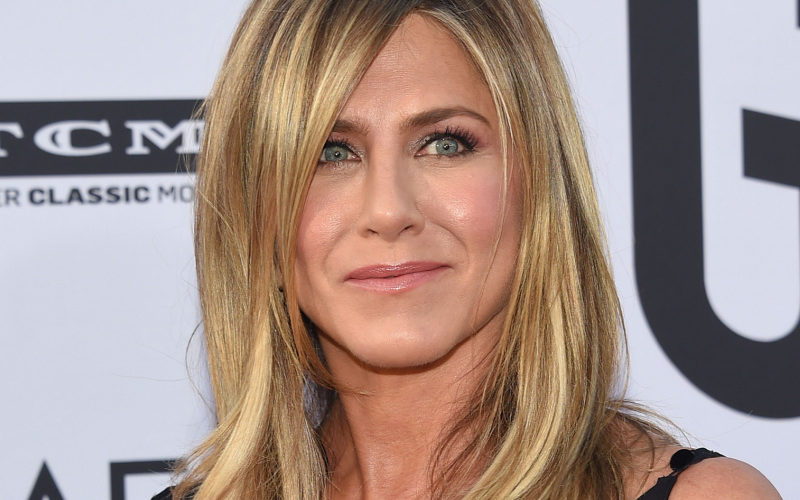 US actress Jennifer Aniston has revealed she spent a long time trying to have a baby, admitting she is at a time in her life where she has nothing to hide

The revelation about her personal life comes following an interview with US magazine, Allure, in which she tells of the time in her life when she struggled and failed to get pregnant.

For years the US media had created a false narrative of her being a ‘selfish career woman’ and that having children was not a priority.

But for Jennifer, 53, her 30s and 40s were a time of incredible pain and anguish at not being able to conceive.

She told journalist Danielle Pergament, “I feel the best in who I am today, better than I ever did in my 20s, or even my 30s, or my mid-40s. we needed to stop saying bad sh*t to ourselves.

“I would say in my late 30s, 40s, I’d gone through some really hard shit, and if it wasn’t for going through that, I would’ve never become who I was meant to be.

“That’s why I have such gratitude for all of those sh*tty things. Otherwise, I would’ve been stuck being this person that was fearful, so nervous, so unsure of who they were.

Jennifer went on to explain that several years ago she spent a period of her life trying to have a child.

She explained, “I was trying to get pregnant. It was a challenging road for me, the baby-making road.

“Nobody had any idea. All the years and years of speculation; it was really hard. I was going through IVF, drinking Chinese teas, you name it. I was throwing everything at it. I would’ve given anything for someone to say to me, ‘freeze your eggs. Do yourself a favour.’ You just don’t think it. So here I am today. The ship has sailed.”

She said she only feels relief now as there is no more questioning whether it might happen.

She said: “I have zero regrets. I actually feel a little relief now because there is no more, ‘Can I? Maybe. Maybe. Maybe.’ I don’t think about that anymore.”

Jennifer, who has starred in more than 25 movies and the hit US television show, Friends, said her personal pain was further impacted by the narrative that she was selfish.

She said: “I just cared about my career. And God forbid any woman that is successful in her career and does not have a child. And the reason my husband left me, why we broke up and ended the marriage, was because I would not give him a kid. It was absolute lies. I don’t have anything to hide at this point.”

Jennifer got very frustrated about the negative press and the many opinion pieces being written about her, so in 2016 she decided to write her own opinion piece for the Huffington Post.

She said: “I got so frustrated. Hence, the op-ed I wrote. I was like, ‘I’ve just got to write this because it’s so maddening and I’m not superhuman to the point where I can’t let it penetrate and hurt.”

Later in the article, she says she has spent many years protecting her IVF story.

She said: “I’m protecting myself as I feel there is so little that I get to keep to myself. The world creates narratives that aren’t true, so I might as well tell the truth. I feel like I’m coming out of hibernation. I have nothing left to hide.”

Following the release of the article, her ex-husband, Justin Theroux, posted a simple heart emoji on her Instagram page.

Many of our followers have been moved by Jennifer’s touching revelation, particularly on not being told about freezing their eggs at a younger age.

One said: “Yeah, I wish someone had told me to freeze my eggs at 25. It would have saved so much heartache, to say the least.”

Another said: “So brave of her to share this and all the intense speculation she’s had to go through.”