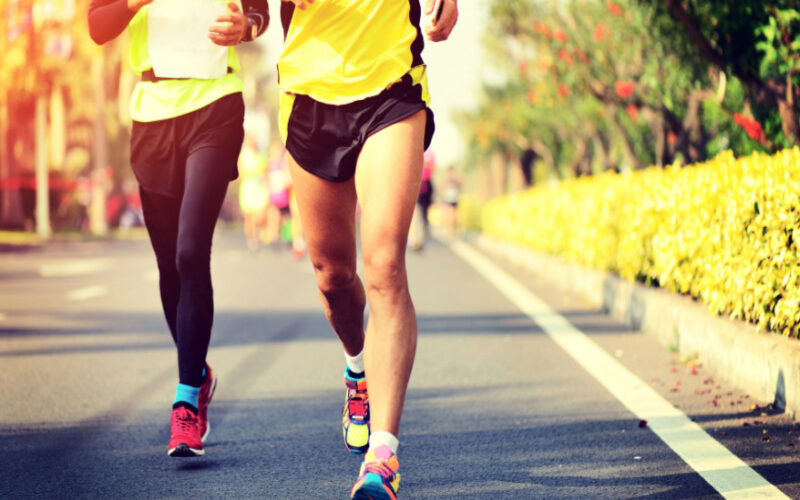 Cort and Barbara were a happily married couple when they decided to have children. But they had no idea the struggle and dangers they would face getting pregnant. In his upcoming memoir, “Not Your Father’s America: An Adventure Raising Triplets in a Country Being Changed by Greed”,  Cort Casady tackles grief, infertility, fatherhood, and a progressive take on the ever-changing landscape of parenting in today’s America.

Here, Cort gives us an insight in to his book:

The time is the early-Nineties. The place is a fertility clinic on the upper East Side of Manhattan. I’m holding a grapefruit in one hand and a hypodermic syringe in the other. I’m learning how to give my wife, Barbara, hormone shots. After being married for several years, we thought all we had to do to get pregnant was stop taking birth control. When we didn’t get pregnant, we embarked on what would turn out to be a long, at times torturous, journey through the world of in vitro fertilization (IVF).

I write about our experiences with IVF in my memoir, Not Your Father’s America

I mention that my brothers and I were conceived the old-fashioned way in my father’s America. Indeed, in the America my brothers and I grew up in, until the early Nineties, fertility medicine wasn’t widely available. So, when IVF became an option, we took it, eager to start a family. Fertility medicine can be challenging to navigate. We’re in New York because I’m producing a daily, live, television show for WWOR-NY. But our efforts to get pregnant started in Los Angeles. Before coming to New York, and before starting IVF, we tried everything. All to no avail.

Now, in New York, I’m administering the prescribed hormone shots in hopes that some fertilized embryos can be transferred to Barbara in a Gamete Inter Fallopian Transfer (GIFT) or Zygote Inter Fallopian Transfer (ZIFT) procedure. But we’re not there yet. 2 One day, while the hormones are doing their thing, the doctor reports that my sperm is “malformed.” Excuse me, but my sperm has never been an issue before. “How could that be?” I ask. The doctor explains that having the flu, a high fever, or a physical trauma can all cause sperm to be malformed. He asked me to check what I was doing a couple of months ago. We were skiing in Utah and spending every evening soaking in a hot tub. Bingo.

Mystery solved. I donate fresh sperm. Emotionally, our expectations are rising as we anticipate Barb’s first transfer in New York. Then, just as the transfer is about to be performed, the doctor informs us that Barbara is experiencing Ovarian Hyperstimulation Syndrome (OHSS).

Barb has produced so many eggs that there’s already too much estrogen in her body; if she becomes pregnant, the levels will increase even more. We’re not only disappointed, but also terrified. Two days into OHSS, Barb’s abdomen is blowing up. Her body is unrecognizable; her waistline is 10 inches larger; she’s in pain. And the doctor says there’s nothing he can do. “You should be okay in about three weeks,” he says.

Many weeks later, after we’ve returned to LA, we circle back to the New York clinic to attempt the aborted transfer. It doesn’t work. Roughly four months later, under the care of Dr. Joel Batzofin in Los Angeles, we try the hormone regimen again. I’m getting really good at giving shots. Again, Barbara produces an extraordinary number of eggs and, once again, she has a GIFT procedure. Within weeks, we learn that, after more than six years of trying, “We’re pregnant!” 3 In addition to exhilarating moments, however, IVF can deliver devastating ones.

At twenty-one weeks, we lose a baby girl born too soon

We’re heartbroken, feeling defeated, out of money, and out of time. Our loss teaches us three important lessons: (1) In fertility medicine, you need a great partner that you love, trust, and support; (2) There are things in life you can’t control – even when it seems like you can – and IVF is one of them; and (3) Most importantly, stay committed and don’t give up. After a six-month break, we give IVF one more try. This time, Dr. Batzofin and Barbara agree to transfer six embryos into Barb’s right fallopian tube.

The rest is history. “We” get pregnant and 33 ½ weeks later, Barbara delivers three healthy boys, miracles like no other, thanks to the best mother and partner a husband and father could ever have. And thanks to IVF.

Cort Casady has won two Emmy Awards and three NAACP Image Awards for his work as a television and documentary writer-producer. His memoir, Not Your Father’s America: An Adventure Raising Triplets in a Country Being Changed by Greed, will be available on January 17th , 2023 from Amazon, Barnes & Noble, and independent bookstores nationwide. 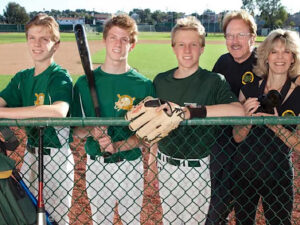 Above: Cort and his family.