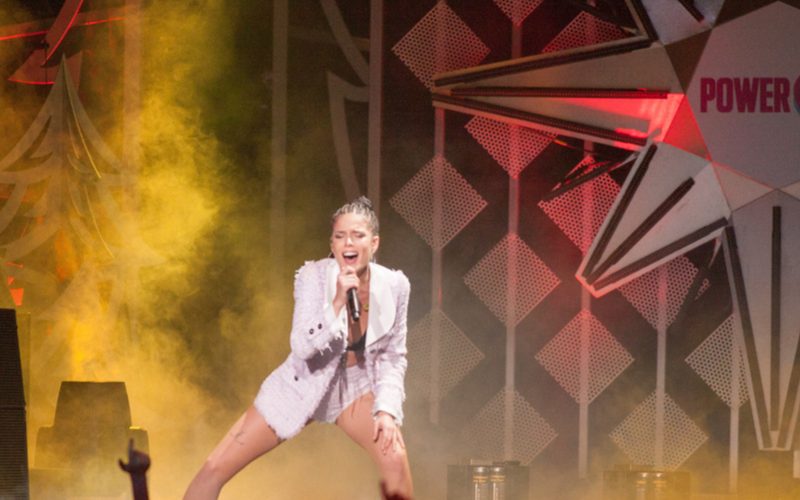 Halsey claps back at speculation over her pregnancy

The 26-year-old, whose real name is Ashley Frangipane, has always been candid about her own fertility, admitting she has endometriosis and the struggles she has been through with the condition.

She underwent surgery in 2017 to help manage the condition and has been an avid advocate for endometriosis and getting rid of the stigma attached to having the disease.

In 2018 she gave a heartfelt speech about living with endometriosis at the ninth annual Blossom Ball, hosted by the US Endometriosis Foundation.

The New Jersey native delighted her 23.5 million Instagram followers by announcing her pregnancy in January 2021 with boyfriend, screenwriter Alev Aydin.

She did not reveal how far along she is but looking at the bump she is well out of the first trimester and glowing.

It appears she posted the message to stop people from speculating about the process of her pregnancy and put a stop to ill-informed comments.

She asked her followers: “Why is it ok to speculate about pregnancy and pass judgement on fertility and conception?”

She continued that the baby was 100 percent planned but that she would be just as happy if it was any other way.

Did you have endometriosis and get pregnant? Or did you have IVF? We’d love to hear your story, email mystory@ivfbabble.com.