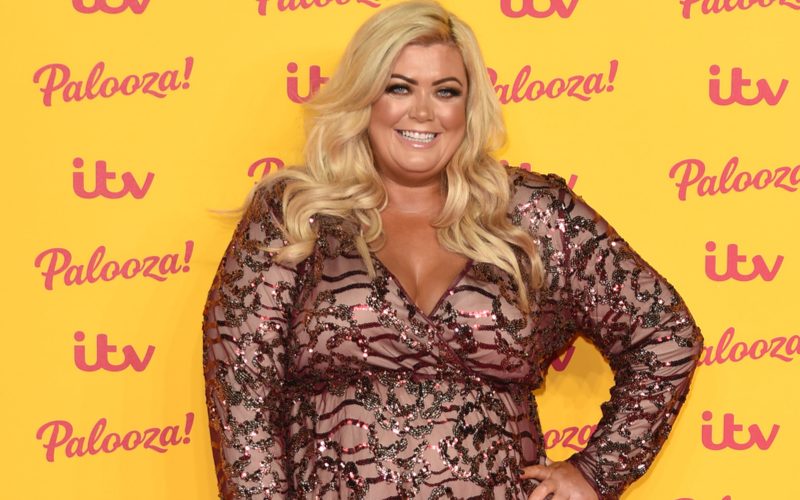 After a brutal split from her ex James “Arg” Argent, TOWIE icon Gemma Collins told the Loose Women panel that she would consider using a sperm bank to have a baby

She wants to be a mother as soon as possible. That might be why she has been talking more openly than ever about a miscarriage in 2012, and how it impacted her.

Gemma is never shy to speak about her desire to have a baby, and now that she is single, a sperm bank might be her best option. She talked about it recently on Loose Women, as well as on her BBC podcast, The Gemma Collins Podcast.

The conversation got started when ITV host Nadia Sawalha asked Gemma, 39, if she had considered using a sperm bank. She nodded. “My lovely gay besties have put themselves up for the job. But if I had to go down that route, I would do it.”

Gemma, who is very close with her young nephew, has repeatedly said that she is ‘really sad’ about her miscarriage, and now she wants to start her family, partner or not!

“I do want a baby. I want to feel motherhood.” She then quipped that she was hoping George Clooney would have a baby with her. We think Amal might have a problem with that….

As for her relationship, Gemma says that things are finally completely over with her ex Arg. She recently shared text message screenshots in which he insulted her about her looks and send her a barrage of pig emojis.

Despite her ugly break up, Gemma has been facing this trying time with her trademark sunny attitude and took herself on a lush holiday

She has been showing off her figure after losing more than three stone in an attempt to get her body ready to conceive. She talked to the Loose Women cast about her dieting success: “I did it slowly this time, not rapid.” She wants to do things differently this time in order to keep the weight off and lose even more weight, about two stone.

So far, she has had success with her weight loss fertility goals, and a cyst on her ovaries has now disappeared. She says, “I pray everything is going to work out for me.”

She previously told the Sun, “I would love to have a child in my 40s. It would be great for me, and such a positive message for all the girls out there who don’t want to rush their life, or their life has taken a different direction, like me who’s put their career first.”

Now, will Gemma begin the necessary research to make an informed decision about sperm donation? Or do you think she’ll find a new beau before she has to go that route?

What do you think about Gemma’s journey – are you in a similar situation?

We would love to hear from you at mystory@ivfbabble.com