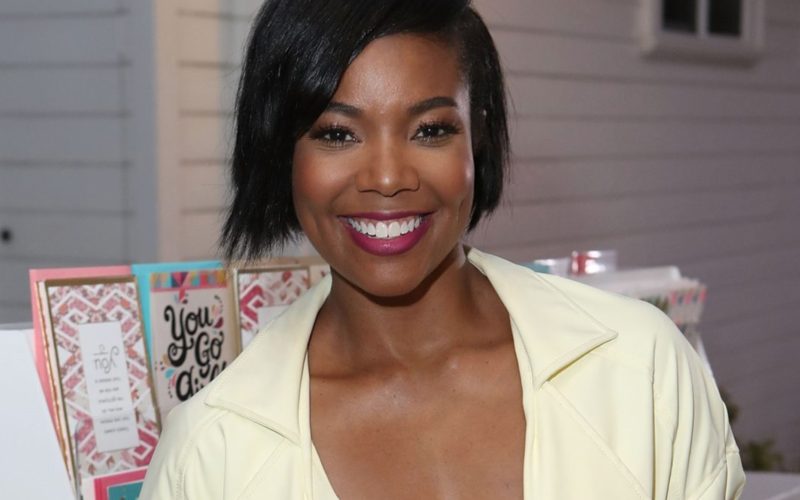 Actress Gabrielle Union has recently opened up about her experience with surrogacy in her new book, “You Got Anything Stronger?”

After losing “eight or nine” pregnancies, she and her husband, NBA player Dwyane Wade, 39, elected to use the services of a surrogate. Now, at 48, she’s telling her story to help and inspire others.

“I had been through an adenomyosis diagnosis and more miscarriages than I could confidently count,” she writes. “I wanted the experience of being pregnant. To watch my bodyexpand and shift to accommodate this miracle inside me.” As a childless celebrity, she also faced immense pressure from the public and conflicted feelings about Wade’s baby with another woman.

“I also wanted the experience of being publicly pregnant,” she reveals. “I would shake off the distrust society has for women who, for whatever reason—by choice or by nature—do not have babies. I had paid the cost of that for years, and I wanted something for it.”

Now, she says that ‘every route to parenthood is perfect,’including her own journey with surrogacy. After her doctor recommended surrogacy as her only safe way to have a baby, she researched the process extensively.

“I got the sense a lot of white families-to-be were more comfortable with brown people as surrogates—Latina and South Asian—who were often classified as ‘breeders,’” she writes.“Now, I am Black, and I am used to hearing how people speak of women of color, but this was some Handmaid’s Tale sh-t.”

“She said all the right things about how she experienced the gift of life having her own kids, and wanted to give this gift to others. But I was cautious, wondering if people were prepped to say that.”

The surrogate, Natalie, was a good match for the couple. After transferring one of the couple’s embryos, Natalie relayed the news of a positive pregnancy test in March 2018. Gabrielle was overcome with complex emotion at the first ultrasound.

“This growing bump that everyone thought I wanted to see was now a visual manifestation of my failure. I smiled, wanting to show I—we—were so happy and grateful. But part of me felt more worthless. They thought these were tears of gratitude—theawe of witnessing the start of life. I was reliving death. Of course, I was grateful, it would be impossible not to be. But what I was grateful for was that this life might be spared. That this heartbeat might continue, beat strong for decades, long after my own stopped. So many had stopped inside me.”

Gabrielle and her husband chose the name Kaavia James for their baby daughter, who was born after an emergency c-section and 38 hours of labour

“I had hoped that the second I saw her, there would be a moment of locking in. I looked over at Natalie and her husband. There was a stillness to them. I looked at Kaavia James on the table, and then back at them. It took all of us to create her, so I wanted to share this time with them.”

Now that her daughter is three years old, she still experiences messy waves of emotions. “I will always wonder if Kaav would love me more if I had carried her. Would our bond be even tighter? We met as strangers, the sound of my voice and my heartbeat foreign to her. It’s a pain that has dimmed but remains present in my fears that I was not, and never will be, enough.”

She wants other mothers of surrogate-born babies to know they’re not alone. “If I am telling the fullness of our stories, of our three lives together, I must tell the truths I live with. And I have learned that you can be honest and loving at the same time.”

What do you think about Gabrielle Union’s emotional revelations? Will you be reading her book? Drop us a line at info@ivfbabble.com

Gabrielle Union talks about the ‘underground railroad’ of her fertility journey