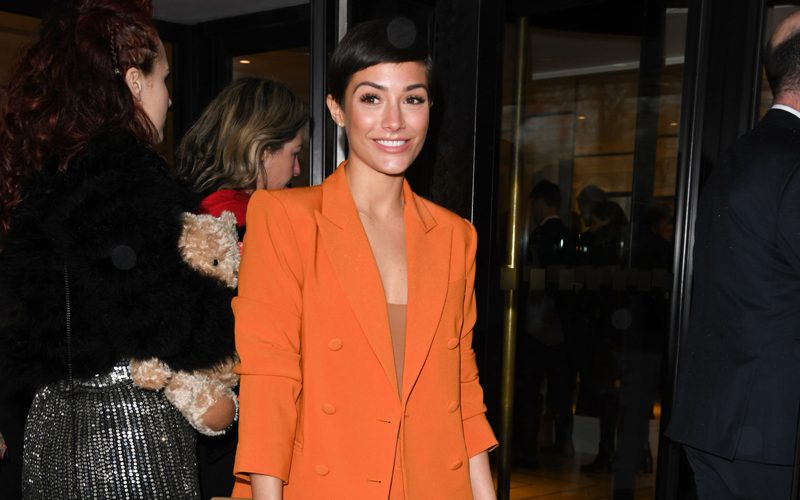 Victoria, known as Tor, appeared via Zoom from her home in Bermuda to chat about her four heartbreaking miscarriages.

The blogger told the Loose Women that she and her husband James thought having miscarriages was ‘normal’ and they didn’t think there was a problem.

She said: “The first one I was like ‘Oh, it’s horrible, but it happens to people, so we will see what happens.’

She told the panel that she was working with charity Tommy’s on the fact that the UK NHS won’t do any investigations until a woman has had three miscarriages.

She said: “Because they are so common and your body does so many different things, they won’t look into it till three miscarriages. And actually, one is bad enough, and the impact on your physically and mentally, we’re trying to stop that and hopefully look into it if you’ve just had one.”

She said: “It was difficult for both of us, we’ve always been really close. Tor always knew I was going to settle down have babies at a young age.

“It wasn’t really until she was ready to have kids and then going through the struggle it was really hard, I often didn’t know the right thing to say and I would often feel guilty being around my boys.”

Tor underwent IVF treatment shortly before the pandemic hit and just before she began she was told she had a condition in which her cells attack the fetus, believing it to be a foreign body.

She was given treatment and became pregnant with her twins, Sonny and Rafferty, who were born in October.

She said on her social media pages at the time: “The best thing to come out of 2020 and totally worth the wait…so much love.”

Did you have recurrent miscarriages before having a child? We’d love to hear your tale, email us at mystory@ivfbabble.com.