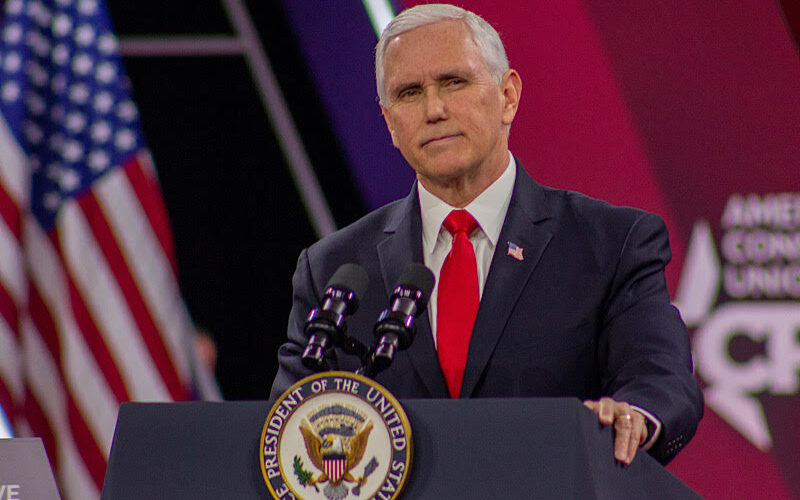 The revelation comes after he told how his wife had to endure IVF to have their three children.

Pence was talking in an interview with Face the Nation in which he was asked about the impact of the Supreme Court’s decision to restrict abortion in overturning the Wade vs Roe decision.

Republican states are said to already be implementing the ruling, causing huge issues for women in need of medical intervention.

He said: “I fully support fertility treatments and I think they deserve the protection of the law. They gave us great comfort in those long and challenging years when we struggled with infertility in our marriage.

“I’ll never forget the day that I called home, driving off to a work appointment, and Karen answered the phone and said ‘Happy Father’s day. And our son would come along, then our daughter, then another daughter, all in the space of three years. It was busy but joyful.”

A staunch opposer to abortion, Pence said he believes that women in crisis pregnancies can be supported, as can newborns.

He said: “That’s the challenge I will be articulating across the country, to leaders in the cities large and small, that if we can come up with principles and compassion for the unborn, for newborns, for mothers with unexpected pregnancies, we can win the cause of life in America.”

What are your thoughts on Mike Pence’s comments? Do you live in the US and has your fertility treatment been impacted by the Supreme Court ruling? We want your thoughts on this. Email mystory@ivfbabble.com.