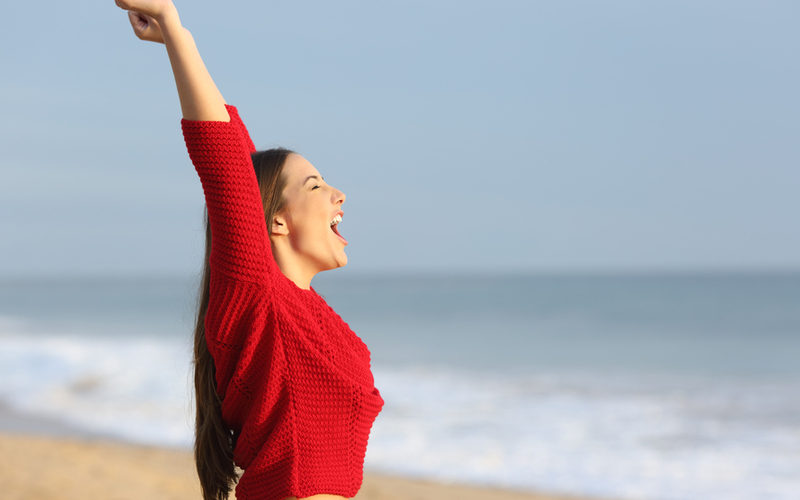 Marie and her husband Michael have just marked their first Mother’s Day with their beloved son, Frankie, after a trying journey to becoming parents

The day was made extra special by the fact that Frankie was such a long-for child after Marie, 36, suffered five heartbreaking miscarriages and lost two close relatives during that time.

The 36-year-old said: “It has been an incredibly emotional time, but I am glad we have our little man. He fills up with deep joy every day.”

The couple told the East Anglian Daily Times that they began their journey back in 2016 when they became pregnant but sadly miscarried just a few weeks later.

After investigations, it was discovered that Marie had suffered an ectopic pregnancy, where an embryo grows outside the womb, most commonly in the fallopian tube, and can be a risk to the expectant mother’s life.

She had to have the fallopian tube removed

Four months later the same thing happened and Marie had to have her second fallopian tube removed, meaning she could not carry a natural pregnancy in the future.

She said: “I was so worried I could not have children when all we wanted more than anything else in the world was to have a baby.”

A few months into her recovery Marie said she felt more determined than ever to try for a baby and were put on the NHS list for treatment from Bourne Hall, in Colchester.

The couple experienced the death of Michael’s brother and mother within a short space of time and decided to take a short break – giving Marie’s body time to heal and rest.

Marie said: “My husband has been my rock and supported me all the way along our journey, but he could not bear to see me hurt or in pain again. I knew it was what his mum would have wanted, too.

“But I thought, if I don’t do this I will always wonder, ‘what if?’

“We didn’t get our hopes up, but when the final round of IVF pregnancy test recorded a positive result we felt it was a sign, a gift from mum to us.”

The couple welcomed Frankie in September 2021.

She said: “He really is a gift from heaven.”

Have you finally become a mother following the heartbreak of recurrent miscarriage? Would you like to share your story? Drop us a line at mystory@ivfbabble.com.

Why does miscarriage happen?