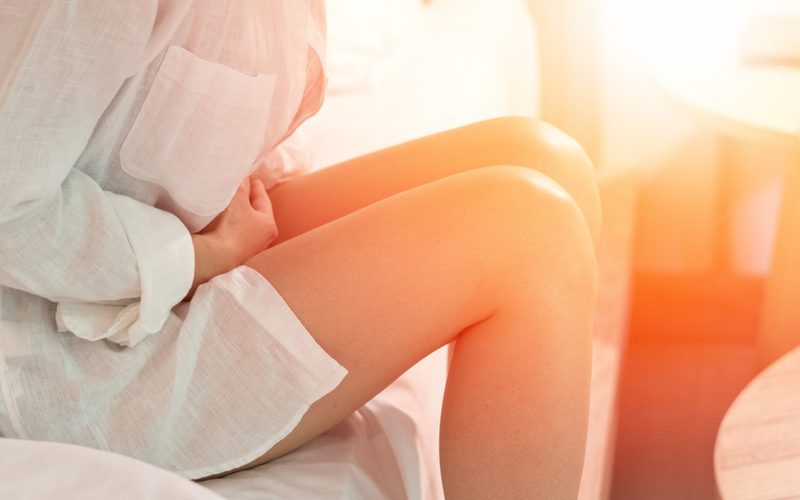 Endometriosis is a condition where tissue similar to the lining of the womb (endometrium) is found elsewhere, usually in the pelvis around the womb, on the ovaries, tubes, ligaments holding the pelvic organs in place as well as occasionally the bowel or bladder

It can affect up to one in ten women and can vary massively in severity. It is more common in women with a family history in their mother or sister. When this tissue is found within the muscle of the womb it’s called adenomyosis.

During the menstrual cycle, in response to oestrogen being produced by the ovaries the endometrium in the womb thickens and then after ovulation the ovaries produce progesterone to prepare the thick lining for a potential embryo to implant. If pregnancy doesn’t occur, progesterone levels drop and this is what induces a period. This process is a completely normal one for the uterus but the same process in response to these hormones occurs in the “endometrium” like tissue in women with endometriosis in the pelvis, ovaries etc and causes pain, potential scarring and formation of cysts in the ovary.

How do I know I have it? What are the symptoms? How is it diagnosed?

The symptoms will depend on the severity of the endometriosis and where the deposits of endometriosis are found. Dysmenorrhea (period pain) is the commonest symptom along with dyspareunia (painful intercourse) and ovulatory pain with deposits in the uterus.  Continuous pelvic pain can occur which can significantly impact on quality of life along with long term fatigue. If there are deposits on the bowel, cyclical rectal bleeding can occasionally occur.

However, endometriosis is a notoriously poor witness in that some with severe endometriosis may not always have the worse symptoms and vice versa.

The exact cause of endometriosis remains unknown. One theory is that during a period, some blood/tissue travels back up the tubes from the uterus into the pelvis increasing the chance of this tissue being found in the pelvis. This occurs in a large proportion of women but only a few of these develop endometriosis so if this is true we still don’t fully understand why some develop symptoms and some do not. There may be a genetic link we are yet to establish.

Another potential theory is that some cells in the pelvis are “primitive” cells that have the ability to transform into various cell types such as endometrium and this causes the disorder. This process is called “coelomic metaplasia”. Again why this might occur in some women and not others is unknown.

It is very common and the Royal College of Obstetrics and Gynaecology, as well as Endometriosis UK, estimate it to affect one in ten women in the UK.

If I have it, will it mean I will struggle to conceive?

Not always and may depend on the severity. Minimal to mild endometriosis is common and it is far more likely that you will have no difficulty conceiving naturally. With increasing severity of endometriosis, scar tissue (adhesions) becomes more common and can cause the tubes to be blocked or scarring around the ovary that inhibits the ability of the released egg to reach the tube and the chance of natural conception decreases.

Though even with severe endometriosis, natural conception is still possible. On occasion even those with mild or moderate endometriosis with no such scarring may take longer to conceive. Although the exact cause for this is unknown, it is suggested that the presence of endometriosis in the pelvis creates an inflammatory environment that is more hostile to eggs or sperm.

Endometriosis UK estimate that only 50 per cent of women with endometriosis struggle to conceive and I would highly recommend their patient information booklets, click here to view.

This leaflet highlights data that suggests that:

100 women without endometriosis, all start trying for a baby. At the end of one year, 84 will be pregnant.

100 women with minimal-mild endometriosis, all start trying for a baby. At the end of one year, 75 will be pregnant.

100 women with moderate endometriosis, all start trying for a baby. At the end of one year, 50 will be pregnant.

100 women with severe endometriosis, all start trying for a baby. At the end of one year, 25 will be pregnant

If I have it, do I need to have surgery in order to conceive? If yes, how is this done?

In terms of fertility small studies have shown that treating mild endometriosis surgically may improve the chances of natural conception over the next year so this is an option for those who want to continue to try naturally and have mild disease.

How soon after surgery can I start my IVF?

If you are well post surgery and there are no complications it is not unreasonable to start IVF in the cycle after treatment. But this will also depend on how extensive the surgery was. If there was considerable treatment to the ovary, then it may be more sensible to wait two to three months to ensure healing and maximise response with subsequent ovarian stimulation in IVF.

Can it return after surgery?

Unfortunately, yes it can return but this can be minimised by using a specialist endometriosis surgeon and service, by the removal of ovarian cysts rather than drainage only and also if not trying to conceive by the use of hormonal treatment after surgery to suppress the hormones that drive the development of the endometriosis (such as using the pill). Recurrence is estimated at five to 25 per cent.