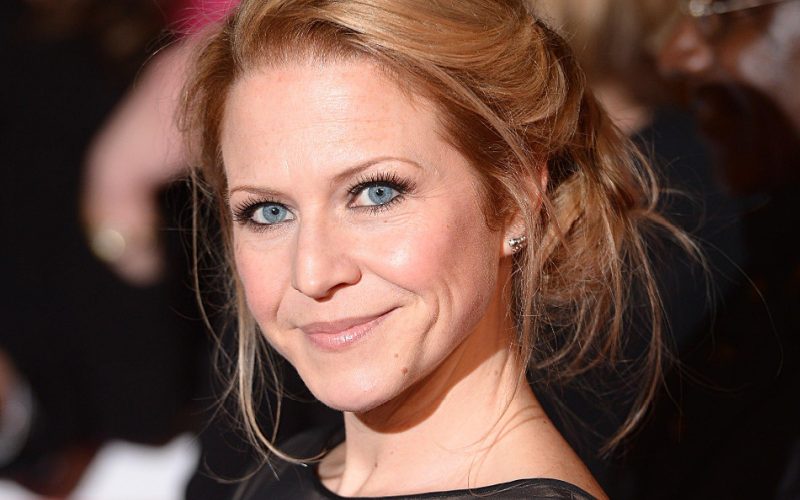 The 44-year-old shared the news with her husband, Paul Stocker revealing they had been through a ‘roller coaster of emotions’ to get pregnant a third time.

The couple decided in 2019 to try for a third baby using three embryos they had previously had frozen via IVF. Sadly, the first two embryos failed to implant, so the third embryo was their last chance.

Kellie, who plays troubled Linda Carter in the BBC soap opera, told OK! magazine in a recent interview that she felt she was ‘one of the lucky ones’.

She said: “So this baby inside me now was the last one we had – the last chance of pregnancy because at 44 we were not going through IVF again. I believe it was meant to be.”

But the pregnancy has been far from smooth so far as Kellie began to bleed very early on.

She said: “I started bleeding two days before the end of the two-week wait. It was significant for me to be in floods of tears with my husband cradling me.”

As soon as the bleeding stopped, Kellie did a pregnancy test and said she fell to the floor when it came out as positive.

She said: “I was shocked and thrilled. I ran downstairs to Paul. I just stood there crying – really crying. He couldn’t understand a word I was saying.

“I knew it was my last chance, so the fact that it was positive was so unbelievably wonderful. A truly, wonderful, crazy life moment.”

Have you had a child via IVF in your 40s? We’d love to hear from you, email mystory@ivfbabble.com