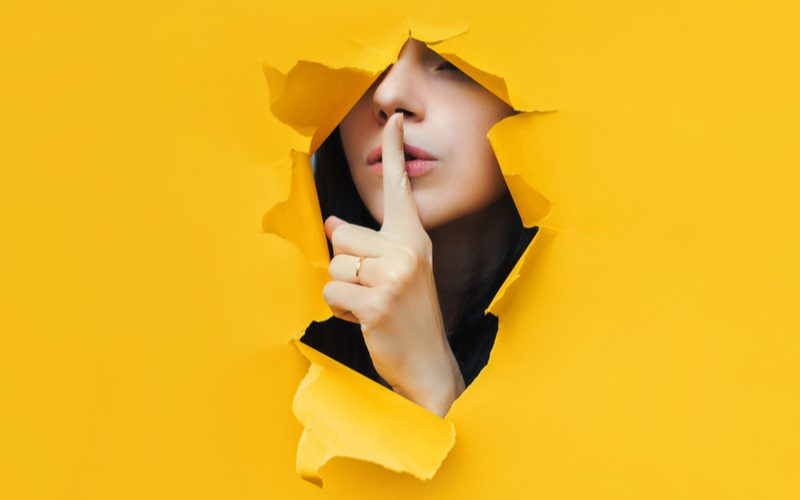 Donor Sperm. Why the big secret?

“JR Silver” is a pseudonym. I have been asked why not publish under my real name, especially if one of my goals is to tackle the stigma associated with male infertility and the use of donor sperm. And I think this is an excellent question and one which I admit I do not yet know the right answer to

However, I was also recently asked another question, one which I suspect others had been pondering but no-one had dared ask me so directly until now: “do others need to know at all?” – from my perspective the answer to this question is a definite “yes”!

When it came to sharing details of my wife and my fertility journey, we did not start out with any plan. We initially only told a few close family and friends: whilst some couples may choose to tell no-one, for us it was important to have some support as we commenced fertility treatment, rather than being solely reliant on each other.

After a year, and once we realised my situation was irretrievable, we began looking into donor sperm

We initially thought most couples would keep the donor aspect a secret, not just from those close to them but also any future children. But on reading around the subject, speaking with medical experts, and engaging with support groups, we realised there was a cleaner alternative. The main current school of thought is to be honest, not only with your children (hence the book) but also close friends and family.

With knowledge comes power, to best enable children born via these very special origins to truly relate to, connect with, and be accepted by all

Time moved on and we come to the recent past: excited to share the details of my first book, my wife and I debated whether to publish it under a pseudonym – we decided to be safe and publish anonymously, primarily so as to protect the children’s anonymity and give them the autonomy, as they grew older, to decide who, amongst their generation, they wished to tell.

We were more open when it came to disseminating “Sharing Seeds” to those we trusted, not just looking to publicise the book but also share such an important message: from a (prospective) father’s perspective, if we are to normalise those born via donor sperm, we should also seek to address the stigma associated with men who cannot (easily) procreate, so as to get men talking and realise they are not alone.

Men have traditionally aspired to be virile and potent, the provider, protector and fixer

In contrast, women have been seen as weaker and more submissive, dependent on men. Thankfully times are a changing, in particular for the modern day woman but this flexibility arguably should stretch both ways, with men also allowed to change their own characteristic landscape without being ostracised. This is especially so when current statistics tell us that male fertility problems affect one in six males and are the cause behind circa 50% of couples’ fertility woes.

The hirsute Welsh comedian, Rhod Gilbert, has recently launched his “HIMfertility” campaign, the time for research and change increasingly pressing, given male fertility continues to decline – with no viable sperm where would the human race be?

And for those not yet convinced: there were two mentors I was especially proud to share the book with, inspirational survivors of their own personal challenges, supporting me at various stages in my BRCA 1 and fertility journey. So imagine my surprise when I received a text message, in response to my sharing a copy of my first IVF Babble article with one of them, saying something uncomplimentary and questioning “whether others need to know”.

It took me a few moments to digest the content of the message, before realising its author had intended it not for me but likely for my other former mentor. On reflection, I am glad to have been inadvertently asked such an important question: a close of friend of mine has always said that you cannot prevent others from voicing their opinions, but you can be thick skinned and stand up for your own beliefs. And I think that is increasingly relevant today: we live in a world that is more accepting than historically, with the recent “#MeToo” and “Black Lives Matters” movements sparkling advocates for women’s and black people’s rights. But, at the same time, should we be dismissive of others whose lives can be adversely impacted in so many other diverse ways?

Let me ask the reader one final question: how many of you when reading about my former mentor presumed this was an “old-school” male questioning whether male infertility issues should be swept under the carpet?

The person in question is a female, a successful career woman, who has more than made her mark in a traditionally male dominated industry. We have come a long way but the evolution journey is never complete, with the physical and mental health of all men and women alike being of equal importance, including my voice amongst the very few males looking to raise awareness and reduce the stigma of (male) infertility.

And finally, going back to my original question, I remain in two minds about whether I should have published under a pseudonym. But, sadly, what I think the above tale has shown us is it remains a harsh and judgmental world at times, even amongst those we count as close confidantes.

My conclusion, therefore, is JR Silver will be around for a long time to come!

To purchase a copy of “Sharing Seeds” by JR Silver, click here