Many women suffering from infertility may have heard from their doctors that they would most likely never become pregnant with their own eggs because of their poor ovarian reserve.

We needed to know more and asked one of the fantastic Nova IVI Fertility clinic consultants to tell us more.

What does ovarian reserve mean?

This refers to the number of follicles left in the ovaries that can mature into healthy oocytes (eggs). The diagnosis of poor ovarian reserve means that there is an insufficient number of viable eggs and this decreases the chances of pregnancy.

How many eggs does a woman have?

It is estimated that a developed female foetus has over 4 million follicles, however at birth, the number of follicles in the ovaries is reduced to roughly 1-2 million. This gets further reduced with age and by puberty she has only 300,000 – 400,000 follicles left.

One or two follicles mature each month during the menstrual cycle and are released into the fallopian tubes as oocytes (eggs) ready for being fertilised by the sperm. This cycle continues until menopause, the cessation of the menstrual cycle that happens when the ovarian reserve is completely depleted.

In some cases, women as young as 30 years are found with a depleted ovarian reserve. This condition is called premature ovarian failure and is known to be the cause of infertility in 10-15% of all infertility cases.

What is the ideal age to start a family?

It is best to plan a pregnancy between 25 and 30 years of age. Obviously, as a woman ages, the ovarian reserve gets smaller and smaller. This is clearly a problem for older women – since there are fewer eggs, the clock ticks inexorably for her fertility.

What’s more, as a woman ages, her eggs become less healthy and less likely to be fertilised. Sometimes, even when fertilised, the foetus is miscarried or spontaneously aborted. The likelihood of genetic disorders (like Down’s Syndrome) in the baby also increases. Drastic reduction in the quality and the numbers starts in a woman in her forties (for Asian women, it begins even sooner).

This means that an older woman wanting to get pregnant faces significantly higher hurdles than a woman in her early thirties. And while older women do get pregnant and have healthy babies, it’s all a question of age and probabilities.

How do you check your ovarian reserve?

Regular fertility assessment is recommended for women above 35 years if they plan to start a family in the future. The tests that help determine the fertility potential of women include an antral follicular count on ultrasound and hormonal tests such as FSH and AMH.

As the name suggests, Follicular Stimulating Hormone (FSH) produced by the pituitary glands are responsible for helping the follicles mature into oocytes. The levels of FSH in the blood on day 2-5 of menstrual cycle will reveal the ovarian reserve of a woman. However, FSH levels, like basal estradiol levels, can fluctuate within a month and also from month to month. That is why an AMH test on any day of the cycle or a trans-vaginal ultrasound are recommended.

AMH or Anti-Mullerian Hormone is produced by granulosa cells in ovarian follicles. It is first produced by primary follicles which advance from primordial follicle stage, which is a microscopic stage where follicles are not visible through ultrasound. AMH concentrations are least affected by menstrual cycle, therefore a blood test can be done any time.

If the results show AMH level is low (less than 1.5 ng/ml) then it’s a case of poor ovarian reserve. The AMH test should be combined with the antral follicle count or AFC for more accurate results for IVF.

How can women with poor ovarian reserve conceive?

If the first option – a natural pregnancy – doesn’t happen despite trying for 6 months or more, the next step is seeking infertility treatment. A good clinic will be able to evaluate the ovarian reserve and the health of the sperms and advise the best course of treatment accordingly. Usually, IUI (intrauterine insemination) or IVF (in-vitro fertilisation) are the next options. Doctors will be able to stimulate and retrieve the last few eggs for IVF or ICSI (intracytoplasmic sperm injection).

For an older woman, an embryo formed through IVF can be further screened for better chances of survival and thereby reduced risk of non-implantation or pre-term loss of the foetus due to aneuploidies. But there is no certainty as an older woman may also have other issues that can make carrying a baby to term difficult. It is best to talk to your doctor in detail about the various options available.

Another option is to look at egg donation.

Donor eggs can be hugely beneficial for an older woman trying to get pregnant – but only if the clinic follows suitable protocols. One should ensure that the clinic picks up eggs only from consenting, healthy, screened donors who are in their prime reproductive age. There is always a chance that these eggs are not the healthiest or easiest to fertilise or are less likely to last till term, once fertilised.

So once again, it is important to ensure that donors are healthy young women who have been carefully screened for genetic and other issues. Ask to see the medical records of the donor if possible. Egg donation is a confidential process in many countries, so be aware that that identities will not be revealed.

While such precautions may make it seem like a burdensome way of getting pregnant, the numbers offer a huge counterpoint. Around the world, IVF is more successful with donor eggs because poor quality of eggs is one the main reasons for failure of self-cycle IVF.

Therefore, if you are considering a pregnancy with donor eggs, your chances are better.

Nova IVI Fertility specialises in treating various types of infertility cases including poor ovarian reserve, PCOS, tubal block and male infertility. If you are suffering from low egg reserve and are unable to conceive or have concerns related to it, you can send us your queries by clicking here.

All the best from the team at Nova IVI Fertility. 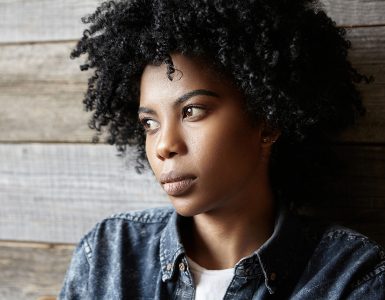 A new report has shown that black women have the least chance of IVF treatment success The research was carried out by the Human Fertilisation and Embryology Authority(HFEA) and found that women from black and ethnic... 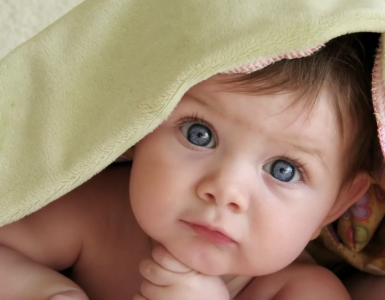 Kinderwunsch Tage to be held online in 2021

One of Europe’s most popular fertility shows will be hosted online in 2021 as the global pandemic continues to change how couples access to support and information Kinderwunsch Tage, usually based in Berlin, is being... 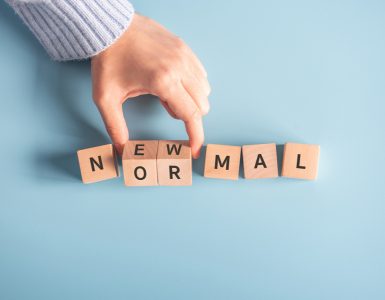 Mel Brown explains what Endometriosis really is and gives us her top tips on ways to best manage your body through diet and lifestyle changes. Unfortunately, sufferers of this particularly distressing condition are more...