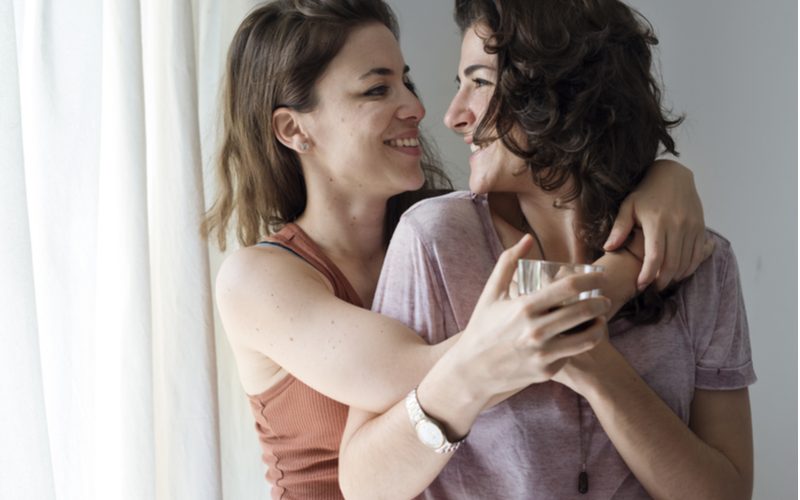 A new report by the British Pregnancy Advisory Service Fertility has uncovered the lack of support, both financial and emotional, for female same-sex couples in England

Fertility services in the UK, including in vitro fertilisation (IVF), are provided by a mixture of NHS and private services. NHS fertility services are commissioned at national level in Scotland, Wales, and Northern Ireland. In England, responsibility for commissioning is taken by Clinical Commissioning Groups (CCGs), which plan and commission services for their local area.

NHS-funded care is commonly given to heterosexual couples once they can demonstrate they have tried to conceive naturally for two to three years. But female same-sex couples are required to establish their fertility status by self-funding several rounds of artificial insemination (AI) privately, at considerable cost.

The report also found that more than a quarter of CCGs will not find the cost of donor sperm to be used in IVF treatments, about 76 percent require a minimum of three self-funded AI cycle and frequently up to 12 cycles, at a cost of as much as £1,600 per cycle, and 57 percent will fund just one IVF cycle, with less than 20 percent funding thee rounds, and in some areas, there is no care provided at all.

Despite the National Institute of Clinical Excellence(NICE) guidance on best practice – released eight years ago – stating that intrauterine insemination (IUI) should be considered as a treatment option for people in same-sex relationships, there are still significant barriers to care.

Restrictions on the use of donated gametes

Three CCGs (NHS Brighton and Hove CCG, NHS East Sussex CCG, and NHS West Sussex CCG) do not fund procedures involving donor genetic materials for any patient group. The charity said this is likely to have a disproportionate impact on female same-sex couples since it effectively bans them from accessing NHS-funded care.

Restrictions on the funding of donor gametes

31 CCGs (29%) said they do not fund the cost of donor sperm to be used in IVF treatments for female same-sex couples, even if the couple has previously met the eligibility criteria by self-funding multiple rounds of AI. The charity said this financial burden is likely to disproportionately impact same-sex couples.

Female same-sex couples are also subject to the same postcode lottery as all other fertility patients. Three CCGs do not fund any fertility treatments at all, for any patient group. The overwhelming majority of CCGs fund fewer cycles of IVF than recommended by NICE: our analysis found that only 21 CCGs fund up to three cycles, while 60 CCGs (57%) fund a maximum of one cycle.

Previous research by BPAS Fertility has highlighted other postcode-dependent criteria, including female age (with some CCGs restricting female patients over the age of 35), BMI, and the fact that a patient’s partner has a child from a previous relationship.

Jess*, a fertility patient who has been affected, said: “The requirement of our CCG to self-fund 12 attempts to conceive means that we have ruled this out as a viable option. We would likely have spent tens of thousands of pounds and be a few years down the line by the point we are eligible for support. Our heterosexual friends who have required fertility support from the NHS have had a very different experience.

“It has made me, and my partner feels unsupported and discriminated against by the National Health Service for which we both work, and at times had made us seriously consider whether we will be able to start a family at all. This has inevitably put our relationship under pressure. I generally feel quite comfortable with my sexuality, but the fertility process is the first time in my life that I have felt deep sadness at being gay.”

Marta Jansa Perez, Director of Embryology at BPAS Fertility, said: “Fertility services are crucial in supporting the development of different family structures, providing same-sex couples with the ability to try to become parents. This report lays bare the harsh reality of access to NHS-funded treatment for female same-sex couples. The barriers faced by these patients are striking and amount to a tax on LGBT+ families.

“Against this backdrop of increasing restrictions to NHS-funded care, we are proud to be launching our not-for-profit IVF service in 2021. We intend to only charge what it costs to provide a safe, high-quality, and accessible service to patients who may be unable to access NHS-funded care. BPAS Fertility is committed to being at the forefront of ethical, compassionate, high-quality fertility care and research, and are excited to open our first clinic later this year.”

Eloise Stonborough, Associate Director of Policy and Research at Stonewall (she/her), said: “All lesbian, gay, bi, trans and queer people who want to, should be able to start their own families. While accessible, inclusive, and fair fertility services should be available to everyone who needs them, in reality, there are many barriers to LGBTQ+ people accessing NHS-funded care and causing obstacles to LGBTQ+ people forming a family of their own.

“BPAS’s vital report shines a light on the inequalities that still exist for female same-sex couples looking to start their family, from lack of funding to a postcode lottery. Much more needs to be done so that Clinical Commissioning Groups ensure their fertility services are following NICE guidance, and we will continue to work to ensure that every LGBTQ+ person can access the services they need to start a family.”

Whitney and Megan Bacon-Evans, online influencers and current fertility patients, have been calling for an end to fertility discrimination in fertility services, recently launching a petition that has almost 6,000 signatures.

Whitney said: “After being together for over 12 years, we were excited at the prospect of starting our family. However, it quickly became apparent that this would not be a very joyful experience and that there are many barriers in place that prevent LGBTQ+ / same-sex couples from creating a family. In particular, we were devastated when we found out that we cannot legally do home insemination with sperm from a sperm bank, and in turn, forced to self-fund IUI/ IVF.

Megan said: “We launched our petition as we believe that sexual orientation should not be a barrier to having a family and that fertility equality is needed. We hope this investigation by BPAS helps to raise awareness about the unfair financial burden put on LGBTQ+ couples who are just trying to create their family and live their lives like everyone else.”