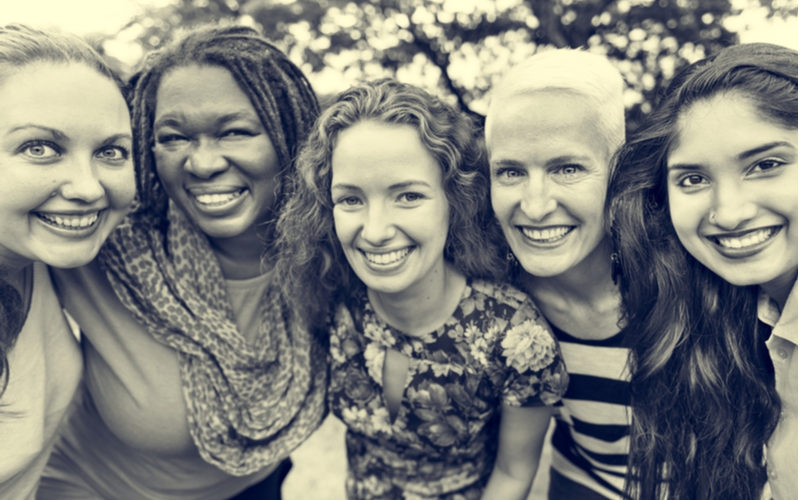 Being strong for each other on International Women’s Day

Today, 8th March, is International Women’s Day, a day where women and girls are recognised and celebrated around the world – and the injustices and inequality faced by so many females, are highlighted

Each year has a different theme and this year it’s Break the Bias, where a gender equal world, free from bias, stereotypes and discrimination is imagined.

The world has been celebrating International Women’s Day since the early 1900s and it’s been marked on 8th March ever since. With third and fourth wave feminism and the MeToo movement, the day has seen an increasing level of attention over recent years, and quite rightly so.

Despite large steps forward in many societies and economies in gender equality, there’s still a long way to go to address inequality both in the UK and further afield. Women and girls have a disproportionately higher risk of experiencing everything from domestic violence, sexual harassment, poverty, a poor or no education and having their fertility rights ignored.

If we take fertility rights alone, we regularly write on the issue of infertility being a “female issue” in many cultures and the expectation that women will live their lives as a box ticking exercise – go through puberty, get married, have kids, have more kids. If they choose not to, they don’t meet the right partner or they experience devastating fertility struggles, they’re too regularly seen as “not enough”.

On the flip side, some women who are vocal about their right to freedom and choice, are seen as “too much”!

This disparity is why having a day such as today, and all the marches, talks and events held around International Woman’s Day, is so important. Many countries around the world mark today as an official holiday, including, poignantly, Ukraine. Ukraine is currently facing a humanitarian crisis, including a growing problem of people trafficking as women and girls find themselves alone at borders with no means to travel or find the papers they left behind in a hurry to leave their homes and everything they own.

Here at IVF Babble, we’re taking a moment to reflect and send peace, love and light to women around the world, including the thousands of women currently struggling with infertility

We’re a female friendly, safe community for all genders and we’re here to support your journey towards motherhood.

We hope that one day, we won’t need to see International Woman’s Day as a day to highlight the everyday sexism and much worse that happens around the world, instead making it a day to mark the extraordinary achievements made by women across the globe. In much the same way as International Men’s Day, on 19th November each year.

But until then, we’ll be keeping up the good fight.

Sending so much love to all of the incredible women across the world.