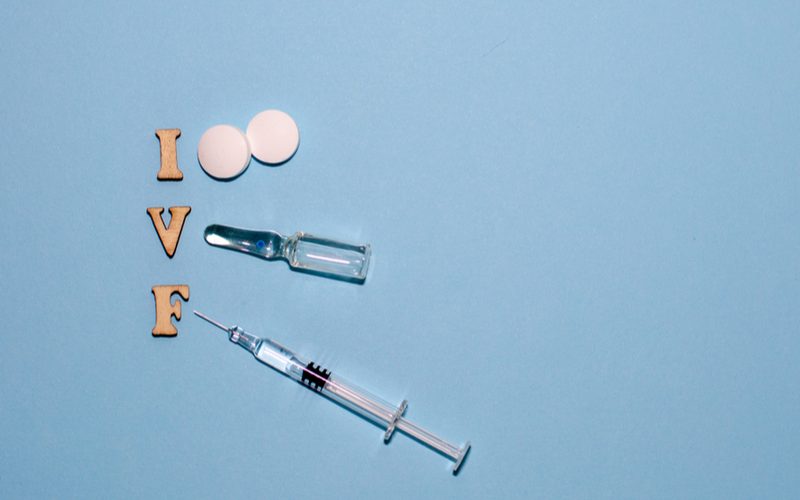 US reality television star Astrid Loch has documented her post-IVF journey on Instagram, revealing she has been permitted to stop taking her progesterone shots

The 31-year-old announced the news of her pregnancy to her 478,000 Instagram followers earlier in 2021 and has since shared some video content on the journey so far.

She said in her post, in which she posted videos of the six embryos they froze, that she didn’t know if she would ever release the footage but felt compelled after announcing her pregnancy.

She writes: “When I recorded these videos I never knew if I’d be sharing them with you all. Trying to conceive was hard for us and once our little frozen embryo implanted things didn’t immediately get much easier. Along with the typical nausea, exhaustion, and weird food aversions/cravings, I was on a strict protocol of injections, suppositories, and drugs to keep the baby wendt growing in the best possible environment.

“Since announcing our pregnancy I’ve been flooded with messages from all of you sharing your own infertility ups and downs and it just didn’t feel right not to share more of our story. Our community is SO MUCH LARGER than I could have ever imagined and I hope that by sharing more I can help someone else feel less alone.

“I’m beyond thankful for every single person who’s reached out to me. If I didn’t get a chance to respond, I want you to know that I’ve read your message and always think of you.”

Astrid appeared in the 21st season of The Bachelor but was eliminated in week four.

Kevin appeared in the first season of The Bachelor Canada and won.

The pair met on season five of the hit reality show but split during filming. They rekindled their romance soon after and moved to Toronto in 2018.

They had planned to marry in 2021 but due to the pandemic have pushed the date back.

Have you been inspired by Astrid’s journey? We’d love to hear your comments, get in touch via our social media pages, @IVFbabble on Facebook, Instagram, and Twitter.