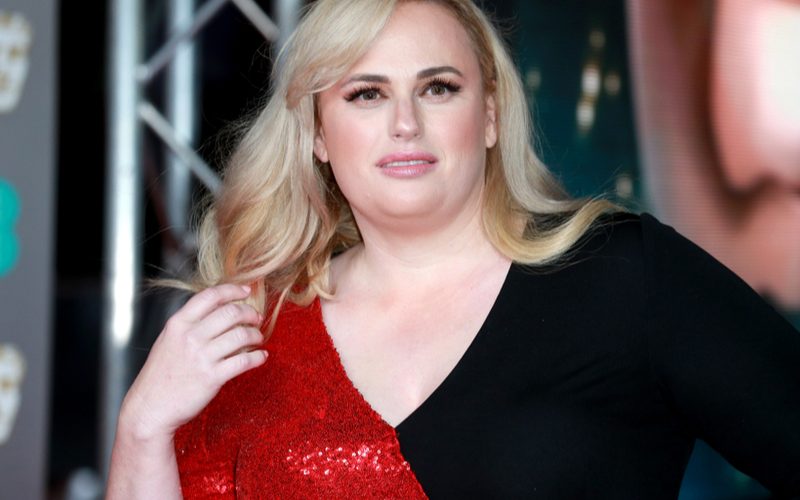 The 41-year-old spent 2020 on what she called her year of health, embarking on a health and fitness regime.

The year saw her experience many emotional and physical highs and lows, which ended with her losing more than four stones.

In an Instagram Live video, she told her 10m followers she was ‘initially offended’ when her doctors suggested she would improve her chances of having a baby if she was ‘slimmer and healthier’.

The Pitch Perfect star said: “When I was going through and looking at fertility stuff, the doctor was like ‘Well, you’d have a much better chance if you were healthier’.

“I was actually a bit offended. I thought that even though I was a little bigger, I was pretty healthy.”

She disclosed that her doctor’s words inspired her weight loss so that she had ‘better quality eggs to freeze’.

She said: “At first it wasn’t for me, it was thinking of a mini-me and their quality. That’s what kickstarted it.”

The ambiguous post featured an image of her looking pensive on a beach and was accompanied by the post of her saying she’d had bad news that day.

She said: “I got some bad news today and didn’t have anyone else to share it with but I guess I gotta tell someone.

“To all the women out there struggling with fertility, I feel ya. The universe works in mysterious ways and sometimes it doesn’t make sense. But I hope there is light about to shine through all the dark clouds.”

The post garnered thousands of likes and supportive comments, so much so she added an update the following day thanking everyone for their kind words.

The popular actress previously revealed she had been diagnosed with Polycystic Ovarian Syndrome in her early 20s, which is when she began to put on weight.

Did you lose weight to have your dream baby? We’d love to hear your story, email mystory@ivfbabble.com.