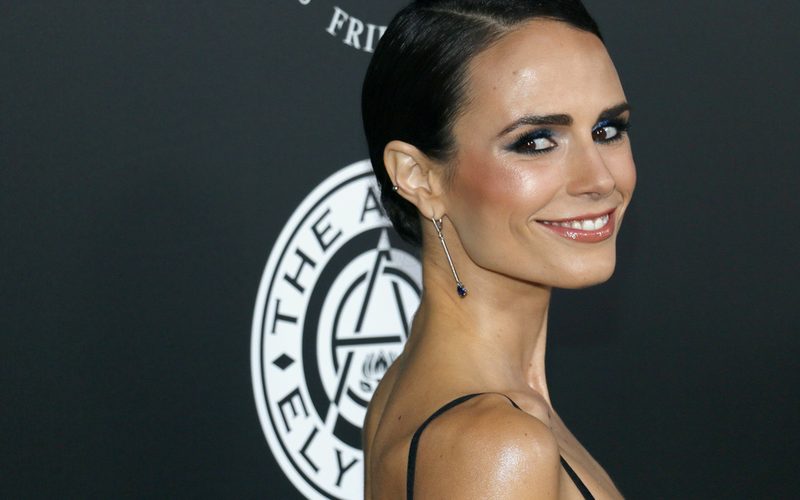 The 40-year-old actor, originally from Panama, has joined forces with Clearblue pregnancy tests as they launch its #Conceivinghood campaign to get women to talk about their pre-pregnancy phase.

The partnership is to mark the US National Infertility Awareness Week, which is held from April 18 to 24 and she hopes to destigmatise infertility and said she felt the ‘odd one out’ when it came to her other mum friends.

She spoke to Yahoo Life about her experience of becoming a mother to her children, seven-year-old Julian and Rowan, four, who she co-parents with her ex-husband, Andrew Form.

Jordana, who is best known for her role in The Fast and the Furious franchise of films, said her journey to becoming a mother began ten years ago when she went through seven rounds of failed IVF, which ultimately lead to her surrogacy route.

She said: “I took having children for granted. I think we tried acupuncture. I tried changing up my nutrition.  I think what was missing for me was, I was always talking to experts about what was going on but never my friends.

“I didn’t have a community. I couldn’t go to girlfriends who I could relate to and where I couldn’t be like ‘Oh, I’m sort of the odd one out in this equation’. And so that is what is really cool about this campaign is that you can see that it varies across all ages, across all cultures. And it’s just something that is happening to women a lot now. I think destigmatising it is huge and really important.”

She said: “I felt such shame for not being able to carry naturally and a give birth naturally. I found myself overcompensating for this. I think it’s really important to have that open conversation and to sort of say everyone’s experience is valid. I found that a lot of people were judging.”

Asked what advice she would give to anyone in the #conceivinghood phase, she said being proactive helped her.

“I had to find an IVF doctor I really liked and trusted,” she says. “If you’re young enough, freeze your eggs. A lot of it is science, but there is also figuring out the right combination for you and what works for your body. Be your own advocate and you have to listen to your gut.”

Giulia Zanzi, Head of Marketing, Fertility at Clearblue, said: “We are very proud to launch this campaign. Women’s reproductive health rights deserve to be back in the global spotlight. When we speak to women, many think that the difficult part is deciding that now’s the time they want a baby, but actually what we’re hearing is that the journey to get pregnant can be an unexpected emotional rollercoaster.

“We’re providing both facts and stories from real women so that others can understand more about their fertility and not feel so alone during their journey.”