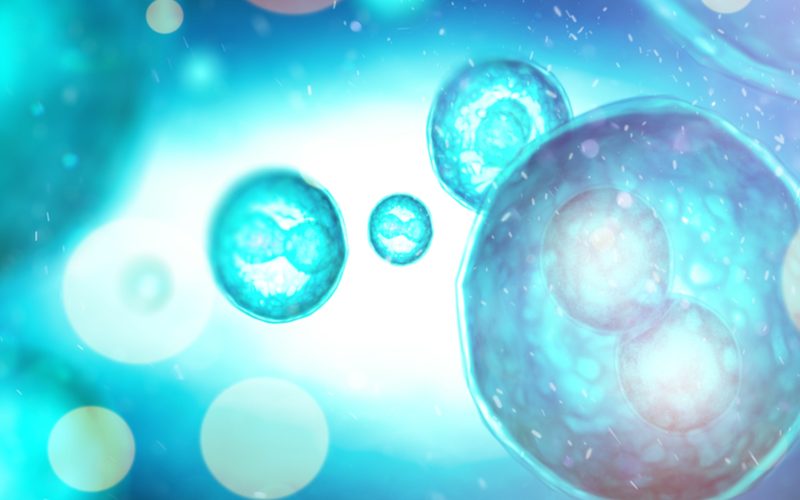 Fertility researchers found that these embryos often developed into healthy babies regardless of whether they were put onto a blacklist or not.

The head of the laboratory of Synthetic Embryology at the Rockefeller University, Ali H. Brivanlou, said the study could revolutionize IVF.

At present clinicians use the PGT-A test to look at the viability of an embryo and to see any abnormalities in the chromosomes.

Dr. Brivanlou said: “This test is obsolete and should be replaced with more precise technology to assess in Vitro-fertilized embryo technology.”

Researchers said that the testing of embryos for abnormal chromosomes began about 20 years ago as it was a known cause of miscarriages.

According to the scientists involved in the study, the PGT-A, formerly known as a PGS test, was prone to false positives, and clinicians believed the rate of the abnormal embryos was high.

Norbert Gleicher, the president, chief scientist, and medical director at the Center of Human Reproduction told Futurity.com that the number of abnormal chromosomal embryos did not make biological sense.

He said: “We were seeing young women who should have had plenty of normal embryos through four or five cycles of IVF only to have all their embryos declared chromosomally abnormal. It didn’t make biological sense.”

Dr. Gleicher said he was convinced the test results must be wrong and began implanting the embryos into consenting women, and in that time he says thousands of healthy babies have been born globally from these transfers.

But the question remained about how the embryos, known as aneuploid blastocysts, were able to develop into functional embryos.

Dr. Brivanlou and his research partner, Min ‘Mia’ Yang began to look into it.

They signed up 32 women who agreed to implant embryos that, according to PGT-A, were aneuploid and unfit for transfer.

Several months after implantation pre-natal testing showed that all traces of aneuploidy had vanished – the embryos were normal.

Researchers found that the live birth rates of these mothers matched that of the national average for women who only received pre-screened embryos.

The research team will continue to work on aneuploid embryos and the complex pathways of them decreasing and becoming healthy embryos in the uterus in the coming years.

Dr. Gleicher said: “Thousands of good embryos are being discarded daily. We now have the opportunity to unlock the potential of this technology to help many more couples suffering from infertility.”

What is PGT-A testing?

PGT-A stands for Preimplantation Genetic Testing for Aneuploidies and is carried out when a biopsy of cells from the embryo is removed to check the number of chromosomes that it has.

The test can only be performed on fertility treatment cycles involving an egg collection, to screen embryos created in the lab, before an embryo transfer is planned. This enables the selection of the embryo with the best chance of implanting and achieving a successful and healthy pregnancy, based on the genetic status of the embryo.

It also avoids using embryos that would fail to implant or create abnormal pregnancies that would either miscarry or lead to fetal abnormalities.

Did you have a PGT-A test when having IVF? Did it help you have your much-wanted child? We’d love to hear your thoughts on this new study, email mystory@ivfbabble.com.